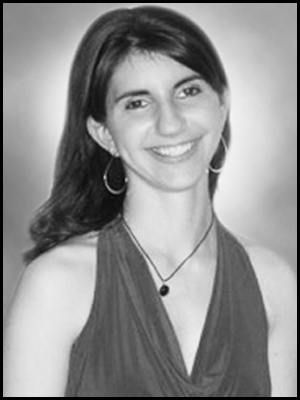 Arleigh Rothenberg began dancing at the age of seven, and has experience in a multitude of dance genres. While attending Ithaca College, she founded the Ithaca College Tap Dance Club, and conceived and co-directed the Finger Lakes Tap Dance Festival. Arleigh was recently selected to perform in new choreographic works by Derick Grant, Jason Samuels Smith, and Dormeshia Sumbry-Edwards in the American Tap Dance Foundation’s 2009 Sound Check performance series, and Michelle Dorrance’s piece in the 2009 Symphony Space Showcase. As a member of The Mann Arts Dance Group, Arleigh has performed at the world famous Apollo Theatre in Taste of Broadway, and the 20th Annual Tap Extravaganza. She is also proud to have been selected by the legendary Dr. Harold Cromer for his piece in the Tap Extravaganza. Other performance credits include Tap City’s 2009 “Main Event” with Mazel Toes, On Tap at Joe’s Pub, They Don’t Sing About Love No More at New World Stages, The 28th Annual Downtown Dance Festival, Tap City’s 2008 Tap and Song with C3, a NY Tap Cooperative, and in Old Man Time by Ernest "Brownie" Brown and Reggio McLaughlin. In addition, her television appearances include dancing in a 2009 episode of Sesame Street. Arleigh is also a member of Boston Tap Company and Undertoe Dance Project, and artistic director of CANDOR, the tap dance company she has established. She can currently be found teaching at a variety of schools in the tri-state area including the Peridance Center and the American Tap Dance Foundation. She is also a professor of dance at Wagner College. Arleigh holds a Bachelor of Science degree in television-radio with a concentration in video production from Ithaca College.