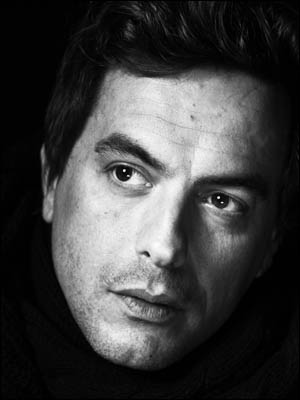 Stuart is the Founder/Artistic Director of Terra Firma Dance. His training began with Tania Lichine, before receiving a full scholarship to the prestigious School of American Ballet. As a member of Houston Ballet and San Francisco Ballet Company he performed in works by George Balanchine, William Forsythe, Mark Morris, Helgi Tomasson, Ben Stevenson and many others. As a Principal Dancer at American Repertory Ballet, under the direction of Septime Webre, he performed Principal Roles in the works of Webre, O'day, Galili, Ezralow, York and many more. Mr. Loungway maintains an active schedule as a master teacher, choreographer, performer, and has served on the faculty of The Washington Ballet School, The Joffrey Ballet School and Rutgers University , as well as holding permanent teaching positions at Peridance and Steps in NYC. His choreography, as expressed by Robert Johnson of the Star Ledger, is "elegant and evocative" and “bodes well for the future of dance.” He has received the Individual Fellowship in Choreography, awarded by the NEA, via the New Jersey State Council for the Arts; and is the recent recipient of the Dance Metro DC Individual Choreographic Award; The Outstanding Choreographer Award at Youth America Grand Prix ; The Kaatsbaan Choreographic Residency Award. His work, and company, have been featured in performance at Jacob's Pillow, Kaatsbaan, and in the national dance publications, Pointe Magazine and Dance Informa. His most recent work was commissioned by Septime Webre, Artistic Director of Halcyon/By The People in 2018, where he was proud to present his company Terra Firma, as the only DC-based dance organization selected for this inaugural event, performing alongside Mr. Webre's Hong Kong Ballet. Kacie Peterson of Dance Metro DC writes "The art of ballet is evolving and Stuart Loungway is leading the way."