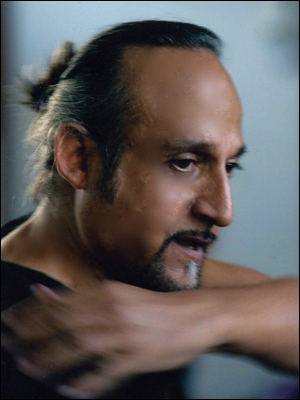 An Italian-American dancer, choreographer, Joseph Fontano is a historic name, known as the spiritual father of contemporary dance in Italy.

He studied at the New School For Social Research and School of Visual Arts, NYC. A pupil and co-worker with contemporary dance legends, such as Martha Graham, Merce Cunningham, Paul Sanasardo, Pina Bausch, Barbara Fallis, Karl Shook and Jerome Robbins, Fontano also performed with the Nikolais Dance Theatre and is one of the founders of the first Italian contemporary dance company Teatrodanza Contemporanea di Roma. Since 1989 Fontano is permanent professor and part of the Academic Council of the Italian National Dance Academy. Joseph has taught at the National Dance School in Havana since 2007.

He has choreographed and worked for the Opera House in Paris, San Carlo of Naples, Scala of Milan, Scapino Ballet of Holland, Transitions Dance Company in London and many others. Joseph has directed the Transitions Dance Company of Laban Centre, London (1999-2002). Since 2006 Fontano is President of WDA Europe organisation under the auspices of IDC-ITI within UNESCO.

In 2010 he taught a worshop at the Martha Graham School in New York. In 2010 and 2011 he was adjudicator, together with J.R. Glover, for the 28th and 29th Anual Choreographers' Showcase at the Clarice Performing Arts Center, Maryland, USA. In September 2011 he projected and completed his international dance event Peace in 2 Minutes in Xiamen, China with the Egret Dance Company during the 33rd ITI meeting for the performing arts. In September of 2011 Fontano was elected President of the IDC-ITI under the auspices of UNESCO.