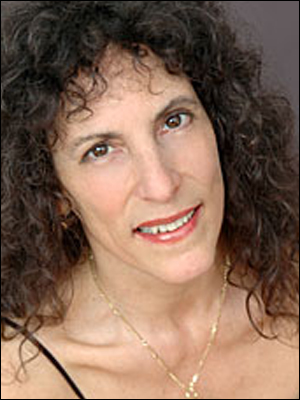 Sue Samuels (Teacher, Choreographer, Performer) has established herself as one of the staples of the performing arts community of today. With over 35 years of experience, her expertise is often sought after for mentoring and coaching purposes by professionals and aspiring artists from around the world. Her students have included numerous stage, film and tv stars including Melba Moore, Brooke Shields, and Irene Cara.

Performance and choreographic credits include lead dancer and assistant choreographer in such shows as Got Tu Go Disco at the Minskoff Theater on Broadway, The Johnny Hallyday Show in Paris, The Brazil Export Show in Rio de Janeiro to name a few. Televised credits include “All My Children”, “Jerry Lewis Telethon”, “Contemporary Women”, “the Arthritis Telethon with Melba Moore”, “Zoom”, and numerous commercials and industrials for Dr. Pepper, 7 Up, Wheat Thins, Head & Shoulders, Adidas, Glaxo, Members Only among others.

Sue Samuels was the co-founder/owner of Jo Jo’s Dance Factory in New York City for ten years, which later became Broadway Dance Center. Ms. Samuels was also the director of the Jazz Department and founded the Jazz program for children at the Ft. Lauderdale Ballet in Florida, and ran her own children’s program in Boca Raton for five years. Ms. Samuels was commissioned to teach at New York University in the Cap 21 program with theater majors, as well as Olympic Gymnastic Instructors in Tokyo, Japan. Other teaching credits include The Broward Civic Ballet, Frank Hatchett’s Professional Childrens Program, Dance Masters Association, and The Dance Company of Haiti. She continues to travel around the world for master classes often held for Teachers & Instructors.

The blending of jazz dance with her classical ballet training makes her style unique. This classical jazz style emphasizes strong and proper body alignment and clean technique by teaching a jazz barre warm-up. She accompanies the floor exercises on Conga Drum. Her choreography features the dynamics of musicality and focuses on creating an overall visual picture. Ms. Samuels’ training began with the Broward Civic Ballet in Florida where she performed with the company for six years and became the first soloist. She also studied in New York with the distinguished Madame Swoboda of the Ballet Russe de Monte Carlo. Her jazz training includes JoJo Smith, Frank Hatchett and Michael Shawn, as well as tap with Judy Bassing, and voice with William Daniel Grey.

This classical jazz style emphasizes strong and proper body alignment and clean technique through placement stretch and strength exercises during a jazz barre warm-up. The floor exercises are accompanied by live percussion on Conga Drum. The class continues with jazz isolations and across the floor work on turns, kicks and jumps. With an emphasis on musicality and creating an overall visual picture, the class culminates in a choreographed combination to contemporary dance music, which gets the students dancing and having fun!

Strong technical and theatrical training for Broadway and for dance company work.