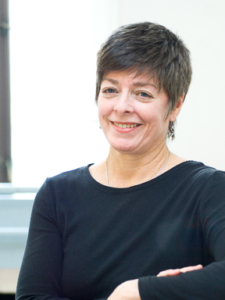 Cherylyn Lavagnino (Artistic Director/Choreographer) has an MFA in Dance from NYU’s Tisch School of the Arts, as well as a BA in Philosophy from USC. Lavagnino toured nationally as a soloist with the Pennsylvania Ballet, performing at New York’s City Center and at BAM. Her merits as a performer include work with the San Diego Ballet, Arizona Ballet Theatre, and Ballet Teatro del Espacio in Mexico City. She has performed a range of classical repertoire and contemporary work by choreographers including Balanchine, John Butler, Hans Van Manen, and Tere O’Connor, and the diversity of these experiences has informed the dialogue between classical and contemporary in her work with Cherylyn Lavagnino Dance.

Lavagnino has created over thirty works in the past fifteen years, and since 2000 the platform for her choreography has been Cherylyn Lavagnino Dance. Many of those works were created in collaboration with composers Scott Killian and Andy Teirstein, and she regularly incorporates the performance of live music into her performances. She is a recipient of the Joyce Dutka Arts Foundation’s award for choreography and of a space grant residency from the Baryshnikov Arts Center and her choreography has been supported by the American Music Center’s Live Music for Dance grant and the Lower Manhattan Cultural Council’s Manhattan Creative Communities Fund.

Lavagnino is currently Chair of the Dance Department at NYU’s Tisch School of the Arts. She has been a full-time member of the NYU faculty since 1987 and has directed Tisch’s Second Avenue Dance Company for 14 years. She teaches professional ballet locally in NYC and internationally at venues including the Paul Taylor Intensive (NYC), International Summer School of Dance (Tokyo), Bates Dance Festival, Jacob’s Pillow, and daily company class for the Lyon Opera Ballet. In recognition of her superior work, Lavagnino won New York University’s prestigious David Payne Carter Award for Excellence in Teaching in 2003.