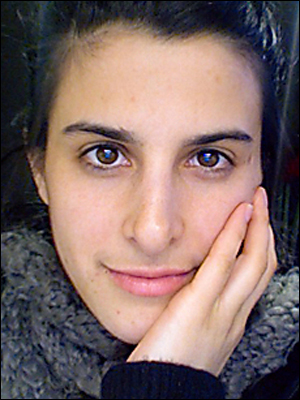 Andrea Miller is the founder and artistic director of GALLIM a movement based production company out of New York, creating work for stage, film, sites and the visual arts.

Guggenheim Fellow and the first woman to be named Artist in Residence at The Metropolitan Museum of Art, Miller 's works have increasingly challenged and invited dialogue of where dance can exist and for whom it is created. She has received fellowships from Sadler's Wells, New York City Center and the Princess Grace Foundation and has been featured in Forbes as an entrepreneur and leader in the dance world. Over a decade Miller has codified a creative methodology that is at the center of her creative praxis and exchange with students, dancers, collaborators and presenters. She has been a guest teacher and lecturer at Harvard, The Juilliard School, NYU, Barnard, Sara Lawrence, Wesleyan, Marymount Manhattan, UofArts, among others. Throughout the pandemic Miller has zeroed in on the creative and professional development needs within the dance community through GALLIM programs such as Build Your Creative Practice Workshop: Meeting Creatives Around the World, Dancing with The Camera: Fundamentals of Dance Filmmaking, Dancing with the Camera: From Concept to Delivery, SITE: Fundamentals in Site Specific Work, MovingWomen Residencies at GALLIM Studio, Jam and Toast: Free Morning Class on InstagramLIVE, HAPPY HOUR: Conversations with Thought Leaders over Drinks as well as free streaming of repertory works and films.

Miller is a graduate of The Juilliard School, currently teaches at Marymount Manhattan College and is the mother of two.