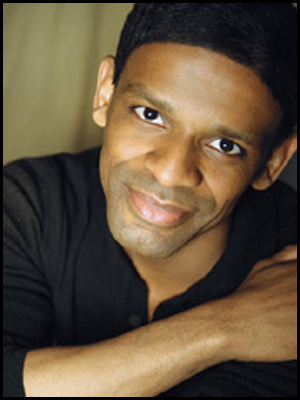 A performer, director, and choreographer, Michael made his professional debut with renowned dancer and artistic director Judith Jamison. The Daily News reporter Charles Jurrist once wrote, "And Michael Thomas, who attracted notice in the original company, is now clearly a star waiting only for adequate recognition. In even the briefest passages, he evinces prodigal virtues - control, suppleness, speed and unfailing elegance of line."

In 1991, Mr. Thomas joined the world-renowned Alvin Ailey American Dance Theater, where he gained instant recognition for his passionate performances of Alvin Ailey's Love Songs, Billy Wilson's Winter in Lisbon, Jawole Zollar's Shelter, and Dwight Rhoden's Frames. Mr. Thomas was also featured in Judith Jamison's Emmy Award- winning PBS special A Hymn for Alvin Ailey, performing a solo to his own words as interpreted by actress/playwright Anna Deavere-Smith. Jennifer Dunning of the NY Times wrote of him, "Michael Thomas scorched the stage with his quiet intensity during his years with the Alvin Ailey American Dance Theater." Mr. Thomas performed principal roles with a variety of dance companies, including the Lar Lubovitch Dance Company in the critically acclaimed production of Men’s Stories, Zvi Gotheiner & Dancers, Dance Brazil, Donald Byrd/The Group’s The Harlem Nutcracker, and a decade of wonderful choreography and touring with Dwight Rhoden and Desmond Richardson of Complexions.

Michael is currently working toward the launch of his own company - Motion Theater Lab. He recently returned from a critically acclaimed six-week tour of South Africa, creating a new ballet for the Cape Dance Company entitled Treasures of the Heart, performing Dwight Rhoden’s Milk N Honey for the company season, and teaching master classes in both Cape Town and Johannesburg. Mr. Thomas received his Bachelor of Fine Arts Degree in dance from the North Carolina School of the Arts, where he was a recipient of the Chancellor’s Award for Excellence.

Mr. Thomas’s multi-level, non-competitive contemporary class is designed to improve harmony of movement by incorporating a series of non-stop combinations intended to thoroughly warm and fine-tune the body so that it is ready to perform. Michael then teaches his soulful style of choreography which is music driven and explores it throughout the week in order to develop the individual's performance quality. The warm up utilizes a unique approach, blending Graham, Horton, Yoga, and ballet beautifully. It involves a strong emphasis on building flexibility while strengthening the abdominal wall through proper anatomical alignment and direction of energy. The outcome includes an increase in the range of motion in all joints and greater awareness of line, as well as a better understanding of the flow of movement through exploration of contemporary dynamic timings.
Michael encourages his students to keep a private journal with written entries, photographs, clippings, and memorabilia that focus on their continued growth while taking his class.