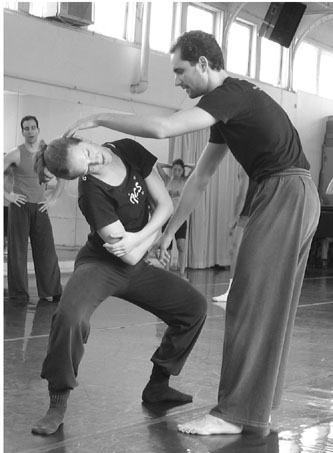 Raphaël Boumaïlia became a charter member of the Limón West Dance Project in 1994, and joined the Limón Dance Company in 1998. He has performed duet concerts with Nina Watt in the U.S and abroad, and his own work appeared on a Limón Dance Company program. He has taught for the Limón Institute since 1996, and has been invited to reconstruct Limón repertory at several colleges. His solo repertory includes several works by Daniel Nagrin, and Limón’s “Chaconne.”