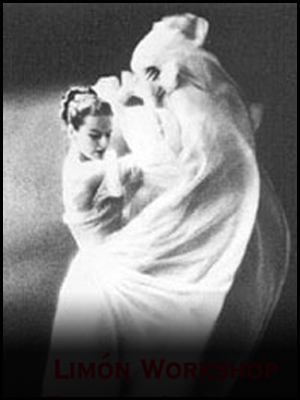 Betty Jones is a legendary teacher and a founding member of the José Limón Dance Company. Countless roles in the Humphrey/Limón repertory were created on her, including her acclaimed Desdemona in Limóns "The Moor's Pavane.” Her performances with the José Limón Company and her own Dances We Dance Co. were infused with a lyricism dramatic intensity, and delicacy unmatched. Her extraordinary gifts as a teacher have touched legions of dancers across the globe.

Fritz Ludin joined the José Limón Dance Company in 1963. He appeared in the NET documentary "An Hour with José Limón", and assisted Mr. Limón in restaging "Missa Brevis" at the University of Utah, where he performed Limón's own role. He and Betty Jones have been commissioned to restage Humphrey/Limón masterworks in Russia, France and USA. He has toured and choreographed internationally as the co- founder of Dances We Dance, including frequent teaching engagements in USA, Japan, China and Europe.