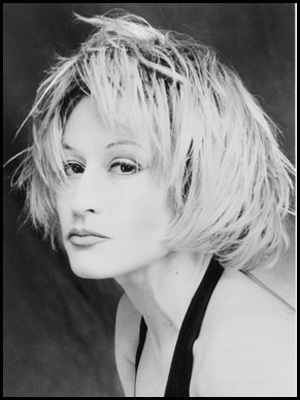 Nina Mireille Buisson is a native of France, choreographer and dance educator, a recipient of a scholarship from the Princess Grace Academy of Classical Dance in Monte Carlo and obtained her musical training from the Prince Rainer III Music Academy in Monaco. She holds a professional pedagogical diploma in ballet and modern dance from the Cultural Ministry of France, Aix en Provence. As a dancer she has collaborated with a diverse array of companies and groups in Europe and in America, performing for dance, physical theater and film.

Nina’s choreographic work has garnered critical plaudits and top prizes for her solo and group performances at several international dance competitions, such as “The Spirit Award for Choreographic Excellence” received at “The Elan Awards” 2010 at the Fashion Institute of Technology, to name but one.

Nina is a shapeshifter whose creative process is heavily influenced by imagery from music, theater and film. Her interest in collaborative projects as a cross-pollination of diverse disciplines with people who hail from a multitude of diverse cultures and backgrounds stems from her deep belief in art as a tool for social and personal change.

This Somatic stretch class is excellent for gaining flexibility and body position awareness. The class is conducted in a calm meditative atmosphere, which is created by the dynamic yet relaxing effects of breath awareness. Students are encouraged to turn their attention inward while concentrating on a comprehensive series of exercises. This class offers an innovative approach as it introduces basic concepts of modern and post modern Somatics geared towards aligning, centering and conditioning the body while subtly engaging the mind. The class begins with soothing barre stretches intended to open the shoulder blades, lengthen the spine, and offers students the opportunity to experience the uplifting and grounding effects of oppositional pulls. The flexibility developed on the barre is further reinforced by the gentle sequences on the floor that elongate ligaments and tendons, and simultaneously strengthens, conditions, and tones the body.

The floor work combines slow and deep stretches that promote glandular stimulation and cultivate balance, concentration and alignment. The repetitive structured movements allow practitioners to get in touch with their bodies while stretching and eliciting the parasympathetic nervous system response. The workout builds to a medium intensity and then fades into a slow relaxation that nurtures the body and mind helping students gain balance and inner peace. The objective of the class is to help students realize the structural integration of the body, utilizing its natural biomechanics and accessing its organic flow while building strength and flexibility. It serves as preparation for any type of dance or theatre as it gives dancers the knowledge and freedom to connect to their bodies and sculpt their individual expression through the integration of conscious breath and movement.