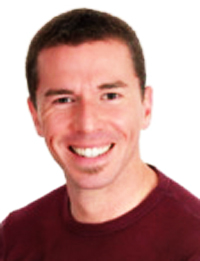 Mr Lemire has choreographed and directed works for Oregon Ballet Theater, Portland Opera, Larry Peck Dance Company, Labayen Dance, Donald Byrd Dance Foundation, San Francisco Chamber Singers, Champaign/Urbana Theater Company, University of Illinois Dance Department, Alabama School of Fine Arts and Douglas Anderson School of the Arts. From 1993 to 2000, he has been a choreographic assistant for Donald Byrd, has acted as Rehearsal Director for the production of the Harlem Nutcracker and has served as Ballet Master for Donald Byrd/The Group during their 2000/2001 season. From 2003 to 2008 Fabrice served as Ballet Master for les BJM_danse (Montreal), as Artist in Residence and Choreographer at; the Alabama School of Fine Arts, the University of Illinois Dance Department and Douglas Anderson School of the Arts. During that period He also served as a Guest Teacher for the Celine Dion show ‘A New Day’ in Las Vegas, an independent Stage Director, Choreographer and Teacher in the United States, Canada, Europe, China, Japan and the Philippines. In 1993 he made his acting debut in Independent Film "Unsettled Dreams".

Now based in Macau China, Fabrice is pursuing his career as a Dance Master for the permanent production ZAiA from Cirque Du Soleil.