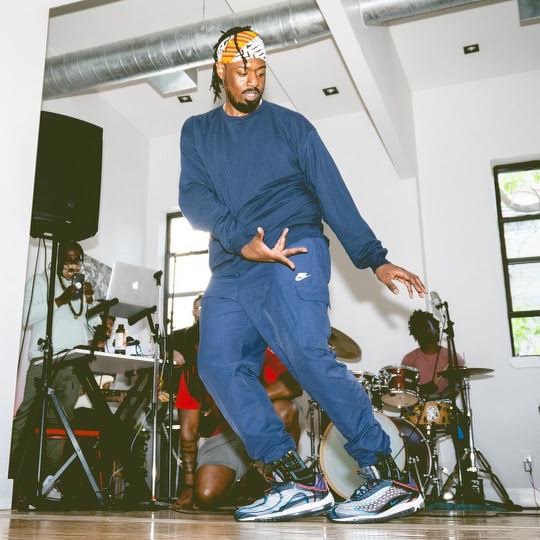 From Harlem, NY, Chrybaby Cozie is one of the founding fathers of the Hip-Hop freestyle genre called Lite Feet. Being raised in Harlem in the late 80’s was a source of great influence for Chrybaby, as it was his foundation for dance, music and the source of inspiration to uplift the youth and communities around him today.

Chrybaby has been teaching Litefeet and Hip-Hop and has been cultivating and keeping the Litefeet culture alive for ten years with the NYC youth. Through the culture he has created a Hip-Hop dance organization called The Bwreckfast Club E.A.T (Earning All Together) in 2005. The Bwreckfast Club is a platform for youth to build upon their passion, talent, and to be given an opportunity to promote themselves in a positive light. After the creation of The Bwreckfast Club Chrybaby created The Lite Feet Nation; a community connected by individuals who were there from the conception of the dance genre, to the youth who keep it alive today.

His extensive knowledge and connection to Hip-Hop and Litefeet has led him to working with artists and at events such as Chris Brown (Kiss Kiss), Ron Browz (Pop Champagne) ft. Jim Jones and Jules Santana, ASAP Ferg (Dope Walk), Swag Kidz (5000), Kiesza (Give It To The Moment), The Bad Boy Reunion Tour, Halo Awards (Hosted by Nick Cannon), ABC's The View, The Apollo Theater (Breakin’ Convention), Hot 97’s Summer Jam.

Chrybaby’s passion is to empower the youth with knowledge and dance, and continue to spread the culture of Lite Feet and Hip-Hop. His dedication and love for the culture has changed his life and inspired many others around him.

“Leveling up is my way of life. Level Up Amongst The Greatest.”

litefeet 101 : connectivity, functionality ,fundamentals and history with Chrybaby Cozie- this introduction of litefeet will open your freestyle to becoming more than an 8 count, but more of a limitless free flow language composed of party grooves and a high- level technical battle style that separates its statements with a component called “the lock-in”.