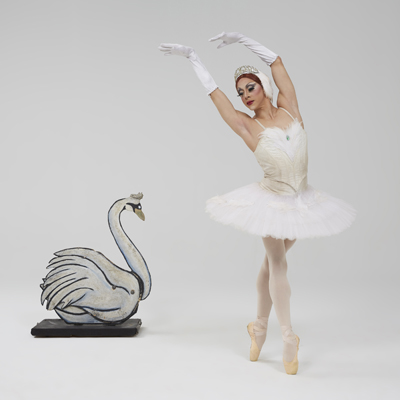 Les Ballets Trockadero de Monte Carlo is an all-male drag ballet troupe that parodies the conventions of romantic and classical ballet. In 2008, they performed at the Royal Variety Performance in front of Prince Charles. The company's current artistic director is Tory Dobrin.

The dancers portray both male and female roles in a humorous style that combines parodies of ballet, posing, and physical comedy with "straighter" pieces intended to show off the performers' technical skills. Much of the humor is the male dancers performing en travesti in roles usually reserved for females, while wearing tutus and dancing en pointe.

Les Ballets Trockadero de Monte Carlo was co-founded by Peter Anastos, Natch Taylor, and Anthony Bassae, all of the Trockadero Gloxinia Ballet Company, in 1974. They initially produced small, late-night shows in off-off-Broadway spaces. The troupe's first show was on September 9, 1974 in a second-story loft on 14th Street in the Meatpacking District. After receiving a favorable review in The New Yorker by Arlene Croce, the company was discovered by a wider audience. The "Trocks" toured the world, with prolonged engagements in many major cities.