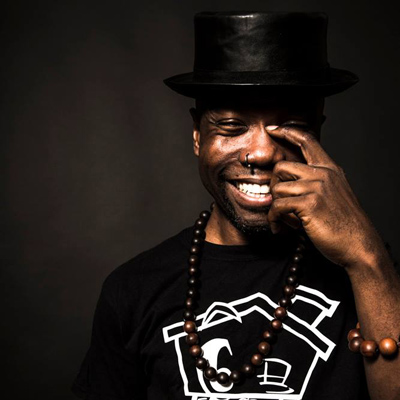 James “Cricket” Colter has had over 25 years experience in the street dance scene. His dance style has its base in Hip-hop, House, and Bboy. He’s one of the founders of the “House Head Session” one of the longest running house dance practice sessions in NYC. Cricket’s performing and teaching have taken him to every major city in the USA, Asia, and Europe, as a founding member of Rennie Harris Puremovement (founded in 1991) and as a dance ambassador for the US State Department during the Obama administration.

Cricket has taken part in the SDK Street Dance festival, Summer Dance Forver, and choreographed at the Apollo Theater. He’s performed as a featured dancer in the film “Step Up 2”, and for performing artist, Boys II Men, KRS-1, Will Smith, Fall Out Boy, and Chris Brown.