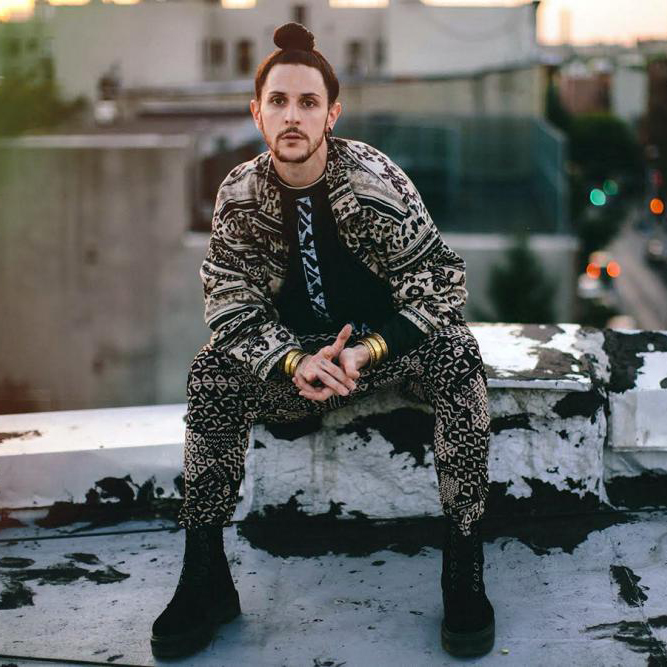 Justin was born and raised in NY. He began dancing at the age of 15, soon realizing he had found a safe place to learn and grow. Over the past 8 years he's been teaching and choreographing around the United States as well as internationally. After studying Modern, Ballet and Jazz for 6 years, Justin was exposed to a variety of street, freestyle and native movement, sparking inspiration. He began training with world renowned movers and choreographers Dana Foglia, La Jon Danztler, Joanna Numata, Brian Friedman, Sheryl Murakami and many more. Soon after, he began training and performing with Dana Foglia Dance. At this point, exploring new movement and a deeper sense of self became necessary. He then fulfilled his passion of teaching at Broadway Dance Center, NYC as well as choreographing commercially for various recording artists traveling the U.S. Within the past few years, Justin has traveled internationally to Japan to work with Tokyo, Osaka and Fukuoka Schools of Music and Dance as well as recent European teaching tours, sharing at famous studios in Berlin, Vienna, Gothenburg and Zürich. He has most recently been seen dancing and performing with FKA Twigs in her recent US Tour as well as various projects abroad. Another recent project was a performance for Alexander McQueen's NY Fashion Week, as well as a reoccurring performer on the hit Fox TV series Glee (Season four and five). Also, Justin has appeared as guest choreographer at The Pulse On Tour Summer 2014 Showcase and 2015 NYC Gala and as Guest Faculty at the Pulse NYC Summer event this past year. Justin has worked with many recording artists such as Paula Abdul, Miley Cyrus and Jordan Sparks. His newest endeavors include Creative Direction, Choreography, Video Production and Video Editing for his creative/performance collective, Pendulum People. Justin’s versatile creative background, paired with his new age perspective, knowledge of street styles and unique musical flow set him far apart from any artist in our age. He is currently working in both Los Angeles and New York City Choreographing, Creative Directing, Dancing, as well as teaching at Debbie Reynolds, Movement Lifestyle, Millennium Dance Complex, Broadway Dance Center, and Peridance, NYC. Justin is also traveling the world sharing his knowledge and passion for movement with organizations specializing in Dance Education. Urban Reach, BellaMoxi Dance Convention, Wind Up Dance Tour, The Pulse on Tour and Stage Door Connection to name a few. He is determined to inspire change and positive growth in the world through honest art.

In our time together we will balance physical training, rhythm training, body awareness and exploration of self. Movement derived from the soul of native roots, the flow of street styles, and the dynamic of experimental dance: all inspired by a New Age perspective. Similar to a Yogic flow, we strive for constant motion in breath and intention, all while strengthening urban fundamentals and technical form. This safe space of encouragement, empowerment and truth allows the moving artist to activate their highest self. A passion for music, connection to music and storytelling drive this class.