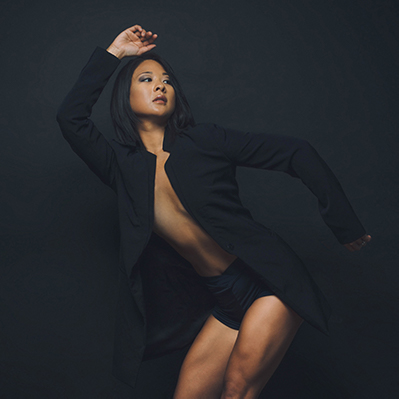 Originally from southern California, Tiffanie earned her MFA in Dance from New York University’s Tisch School of the Arts, and completed her BFA in Dance Performance at Chapman University. Tiffanie Carson is Adjunct Assistant Professor of Dance at the Shenandoah Conservatory at Shenandoah University and is specialist in the area contemporary & commercial jazz dance. She is instrumental in teaching jazz and modern technique classes, as well as guiding Senior seminar coursework. As choreographer for the Shenandoah Conservatory Dance Ensemble, Tiffanie has presented works at the 2016 New York Jazz Choreography Dance Project at the KnJ Theatre in NYC, the 2016 Annual VelocityDC Dance Festival at Sidney Harman Hall in Washington, DC, the 34th Annual Choreographers’ Showcase at the Clarice Smith Performing Arts Center in Maryland, and the 2017 Pushing Progress Series in NYC. In addition to teaching in higher education Tiffanie dances and acts as Assistant Director for Christopher K. Morgan & Artists (CKM&A, directed by Christopher Morgan), with whom she has performed at the Millennium Stage at Kennedy Center, Sidney Harman Hall, The Alden Theatre in McLean, VA as well as American Dance Institute in Rockville, MD. This is her 6th season with the company. As an educator, she has conducted CKM&A's annual winter and summer intensives at the American Dance Institute in Rockville, MD as well as numerous residencies at regional universities, with Mr. Morgan. Tiffanie has also traveled with the company to France to conduct an intensive at the Ècole Superieure de Danse de Cannes Rosella Hightower. This season, CKM&A will be traveling across the US for its first national tour. Tiffanie has been a dance educator for the past 14 years traveling nationally and internationally, having been welcomed as a guest artist and master teacher in California, Hawaii, Missouri, and Taiwan.

Tiffanie’s contemporary class offers a variation of slow to fast-paced, kinetically charged movement that incorporate elements of jazz technique and contemporary modern styles. Warm-up and exercises include deep stretching, release technique, isolations, spinal articulations, and floor work to awaken the body and get the blood pumping, Tiffanie will challenge and encourage the dancers to bring their most present, athletic, and virtuosic selves to the exercises and combinations.