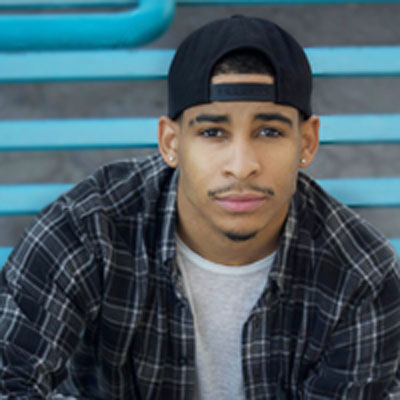 Growing up in the suburbs of Maryland, Zac Lattimore began his dance training at the Dance Theater of Harlem. At the age of 10, Zac fell in love with Hip-Hop Dance, where he then joined the WNBA Washington DC Mystic Mayhem Dance Team performing at every home game during the halftime.

A few years later, Zac joined the non-profit Hip-Hop dance troupe, Culture Shock DC in 2002. Over the next 6-7 years Zac performed and taught classes both nationally and internationally from Zurich, Switzerland to San Diego, CA. With the many opportunities that Culture Shock DC provided, he was able to train and learn from some of the best in the industry.

In 2010, Zac moved to Los Angeles to pursue his career where he has graced the stage with artists such as Justin Bieber, Ariana Grande, Austin Mahone, Fifth Harmony and has also joined Pop-Star Legend/Icon Britney Spears on her Femme Fatale Tour as a principal dancer.

Some of Zac's television credits include Glee, Nickelodeon's Big Time Rush Beach Movie, Disney's Austin & Ally, Two and a Half Men, ABC's Sing Your Face Off, and more. Zac has worked with and learned from some of the top choreographers and directors in the industry ranging from NappyTabs to Jamie King, and has even assisted & contributed choreography on different projects such as Kelly Rowland, Britney Spears, So You Think You Can Dance, and Danity Kane. Even though Zach has achieved some great accomplishments, he continues to learn and still believes that there is always room for growth.