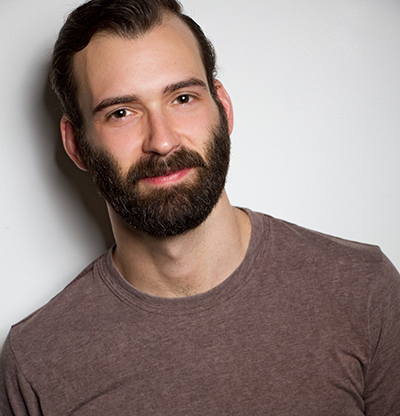 Nicholas Bruder earned a Falstaff Award for Best Principal Actor for his portrayal of Macbeth in punchdrunk’s Sleep No More. He also is a 2016 Bessie Award Nominee for his work in Palissimo’s Custodians of Beauty. Nicholas just finished the run of The Hairy Ape at the Park Avenue Armory. Choreographers he has had the pleasure of working with include Adam Weinert, Pavel Zustiak, and Patricia Noworol. Past theater work includes The Hairy Ape at the Park Avenue Armory, William Lee in Angel Reapers, by Martha Clarke and Alfred Uhry, Raymond in Adrienne Kennedy’s Funnyhouse of a Negro both through the Signature Theatre Company. Nicholas was a guest artist, alongside Harry Hamlin and Hannah Yelland, for Shakespeare Theatre Company's 2014 Will On The Hill benefit, and has appeared on Gossip Girl and Smash. He graduated from California Institute of the Arts in 2009 as a Lovelace Full Scholarship Student.

Walking is something we rarely have to think about anymore. But it’s a piece of choreography that is so complex, even a little dangerous. If we break down the mechanics, what we do when we walk is constantly letting ourselves fall and trusting that we will be caught. What can we find when we allow this overlooked trust to permeate into even more “complex” modes of movement? You are a mover before a dancer. A mover before and actor. You move to pick up a paintbrush or enact physical precision to apply that eye liner at 7 in the morning.


I am interested in playing with structures that allow all to engage in the physical habits to highlight what is habit and take advantage of realizing where we do not move. We will fall, collapse, move through space and watch each others work with the lens that we already are performers and capable movers.