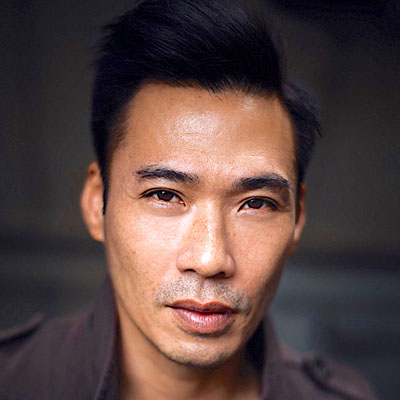 
Grant Chang has taught jazz dance for over 20 years in various New York City studios including Peridance Center, Broadway Dance Center, and Ballet Arts. His choreography has earned mentions in Backstage magazine for the play Yi Sang Counts to 13 at the Fringe Festival and DanceTeacher.com called his piece, Miss American’t, which premiered at the Peridance Winter Faculty Showcase, “sassy, tongue-in-cheek.” An all around triple threat, his theatre credits include the role of Ito/dance captain in the production of Mame with Sandy Duncan at the Barrington Stage Co., Rockwell Production's The King and I, and 2G's Concerts of Excellence at the New York State Theater and at Lincoln Center. Commercial work includes roles as a principal salsa dancer in Bacardi's World Passion and principal ballroom dancer in LUXE Soap starring Rachel Weisz. Grant is also an accomplished actor, appearing as a series regular on USA network's critically acclaimed television show Mr. Robot. Films include: Feel, Off Jackson Avenue, The Cut Runs Deep and festival shorts Extinct, IF, and Smoke and Mirrors. He won Best Actor and Best Director for the short film, Finding You at the Asian American International Film Festival's 72 Hour Shootout in 2015. Additional television credits include House of Cards, Deception, Daredevil, Law and Order, Law and Order Criminal Intent, and The Knick.

Jazz dance has truly evolved throughout the years becoming, along with ballet, a FOUNDATION class for all other forms of dance. Grant Chang's contemporary jazz classes teach students proper technique, which is vital for every dancer. Grant prepares dancers for a career in the performing arts by making them more well-rounded and focusing on PERFORMANCE (whether it be theatrical or commercial). Grant Chang‘s class is taught with understanding, patience, and a truly open, inviting environment. The warm-up concentrates on stretching and reinforcing all muscle groups through a series of movements based on traditional techniques from jazz while incorporating ballet and some modern. Exercises include isolations, pliés, jazz adagio, and core strengthening. There is always an across the floor exercise to develop turns and jumps skills and to practice changes of directions. Combinations are repeated throughout the week to give students the opportunity to master them. Grant alternates from contemporary lyrical to funk so students can develop and adapt to a variety of styles. There's a great emphasis on technique and, more importantly, a greater emphasis on expressing individuality and dancing with a real honest and truthful emotional awareness. Come try it today!