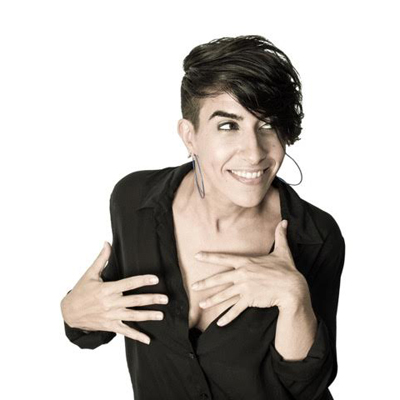 J9 (aka Janine Micheletti) is a native New Yorker, a Hip-Hop dancer, and a street fusion choreographer. Her dancing credits include Madonna, 070 Shake, Spotify, Reebok and more.

She graduated from SUNY Purchase’s School of Art & Design with a concentration in photography. Thereafter, she has spent most of her professional life as a visual artist and accomplished textile designer. In 2009, she began taking dance classes again as a hobby. The art form quickly enraptured her as it did as a child, and since she has pursued it with fierce abandon.

This dedication has led her to being selected for the Breaking Glass: an emerging female choreographers program run by Ellenore Scott. This allowed her a mentorship with the esteemed Rhapsody James. She has since choreographed for shows throughout the city and works with musical artists such as Shenna Music, Jennifair and Calvin Play. She produced her own show in 2016 called Street Spectrum, which was a huge success.

Class will always begin with a warm up starting with grooves relative to the choreography. This will lead into isolations, stretching and strengthening exercises. The class will then focus on choreography that fuses Hip-Hop techniques with Jazz techniques. Not only will the sequence be stressed but more so the quality of movement and the performance aspect that should be conveyed. We work on the whole package of what the choreography entails. J9 hopes to instill integrity of movement in a supportive and open atmosphere.