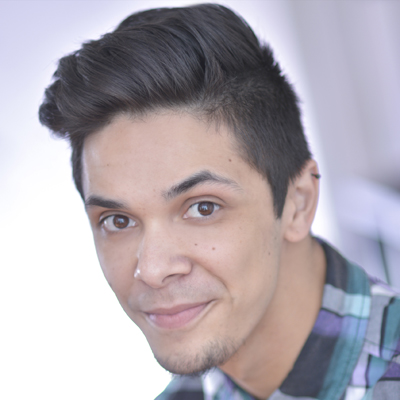 Jordan Viscomi is a dancer/choreographer from Long Island, New York where he began dancing at a very early age. On a whim, he auditioned for his first professional dance job at age 6, which began his pursuit of turning his passion into a career. Starting with the NBA's NJ Nets & NY Knicks dance teams, Jordan's love for performing only expanded, and at age 9 he was honored to have made his Broadway debut at the Shubert Theater in Gypsy with Bernadette Peters. From that time on, Jordan's career continued to form, being featured in numerous commercials, industrials and videos, including an Above the Influence PSA, an international Coach campaign, & KENZO x H&M fashion show; working with choreographers such as Luam, Keone & Mari Madrid, & Ryan Heffington. Well versed in all styles of dance, Jordan has had the honor to assist some of the best choreographers in the industry, such as Ian Eastwood, Brian Friedman, Tessandra Chavez, Erica Sobol, Tyce Diorio, Chaz Buzan, and more. Jordan has toured from NY to LA and has danced for such artists as the Jonas Brothers, Nicki Minaj and Ariana Grande. Besides performing, Jordan has nurtured his passion for teaching. Acting as a last minute sub for a class at only age 13, he then became a requested teacher for many of the local studios. Now a decade later, Jordan's unique contemporary and hip hop styles have been seen throughout the nation. Most recently, Jordan was a finalist on Season 2 of Every Single Step created by DanceOn & Nigel Lythgoe. Professional gigs aside, Jordan prides himself in sharing his love, passion and experiences with his students, who inspire him as much as he hopes to inspire them.