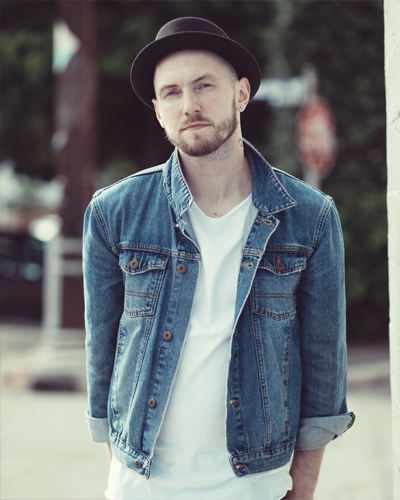 A’Drey Vinogradov, born and raised in Russia, started dancing at the age of 7, had been professionally trained in different styles of dance, from ballet to Russian folk to Jazz; but decided to concentrate his training on Contemporary & Hip-Hop styles. At the age of 18, A’Drey moved to Moscow and entered “TODES”, one of the most famous commercial dance companies in the country. Within the next 3 years A’Drey had been travelling and teaching workshops and working with dancers in Latvia, the Czech Republic, Kazakhstan, Finland and also in the United States. In 2008 A’Drey came to New York City and studied at Broadway Dance Center. There, he was immediately recognized as a talented dancer and started working and assisting a few faculty choreographers. After his program was finished A’Drey decided to move to New York City permanently to follow his dream to becoming a professional choreographer.

As a choreographer, A’Drey’s works had been featured in the biggest commercial dance showcases in New York City & Los Angeles, such as Choreographer’s Carnival Ball LA & NYC, Sybarite “Love is Love” Showcase and Rhapsody James presents Sirens After Dark. As a teacher, A’Drey has taught his classes and workshops at Broadway Dance Center and Joffrey Ballet School in New York City, Gotta Dance Studio in Atlanta, GA and many other studios across the US and Europe; he is also one of the faculty teachers for “LÉON Dance Arts NY” Contemporary Intensive that takes place annually in New York City and Houston, TX, auditioning and training pre-professional level dancers from all over USA.

Earlier this year A’Drey had a chance to work with Florence + The Machine on one of their latest music videos “What Kind Of Man” under direction of Ryan Heffington (Sia, FKA twigs, Years & Years) and “Delilah” choreographed by Holly Blakey (Florence + The Machine, Lianne La Havas).

In June 2015 A’Drey’s work “Balance” had been chosen from over 200 submissions as one of the top 20 finalists for prestigious Capezio A.C.E. Awards (Award for Choreographic Excellence).

A’Drey’s choreography style is a fusion of European Modern Dance and American Contemporary with Hip-Hop/Street- Jazz influences. It is always intricate, full of energy, emotionally charged and never forgettable. Stay on the look out because this young choreographer’s journey is only at it’s beginning.