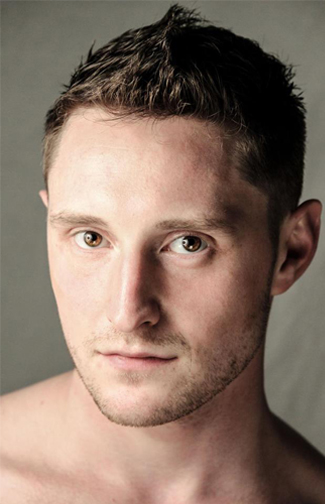 Alex Biegelson, born and raised in New York City, has been engaged in the theater and dance scene since the age of nine. He took a unique route to dance by jumping head first into the professional dance world touring around the tri- state area with Susan Slotnick, Figures in Flight in 1997. In 2001 he furthered his dance training at the Professional Performing Arts High School in Manhattan, simultaneously studying at the Alvin Ailey School though the PPAS program as a fellowship student within the Junior Division. Alex earned a BFA in Dance from Mason Gross School of the Arts, Rutgers University in 2009 and while there, appeared as a guest artist with Randy James Dance Works. Since graduation Alex has worked with Freespace Dance during their international tour, Nimbus Dance Works and Project: Smith. Alex was a dancer for the Carolyn Dorfman Dance Company 2011 through 2014. He is currently a dancer for ZviDance and David Parkers’ The Bang Group. Alex is a founding member of 10 Hairy Legs as well as the Associate Director.

This class will be exploring the spectrum of what "movement is" though the structure of dance. Each class will bring focus to an individual idea, that will build on one another, culminating in a better understanding of what the body's maximum capabilities.