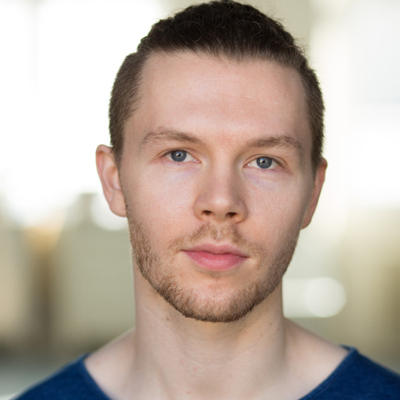 Spenser Theberge, a Portland, Oregon native, is a graduate of The Juilliard School under the direction of Lawrence Rhodes. He is a former company member of Netherlands Dance Theater, and has most recently been seen as a guest artist with The Forsythe Company. Currently freelancing, Spenser can be seen dancing with Crystal Pite's Kidd Pivot and the Gothenburg Opera DansKompani, as well as teaching throughout Europe, America, and Asia. His own choreography has been presented by the Korzo Theater in The Hague and the Juilliard Summer Dance Intensive, and his current collaborative creation with Jermaine Spivey has been been supported through residencies sponsored by Hollins University in cooperation with The Forsythe Company and Frankfurt LAB, PACT Zollverein in Essen, Germany, and Nuova Officina della Danza in Torino, Italy. Spenser is a National Young Arts winner, a Presidential Scholar in the Arts, and a Princess Grace Award recipient.

class is designed around a series of task-based improvisation concepts through individual and group improvisation. Particularly influenced by the work of William Forsythe, the progression of class emphasizes articulation, presence, and dynamic decision making. Further, Spenser's approach to improvisation deals specifically with the idea of acting and reacting and how valuable it is in an improvised setting to both speak and listen. Participants will leave with a sense of individual physicality created in response to space, time, and others.