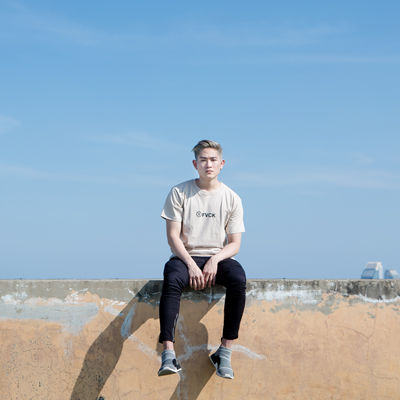 Kenichi Kasamatsu is a professional dancer, instructor, and choreographer based in New York City. He has performed on various stages and venues, ranging from Daddy Yankee’s concert at Madison Square Garden, choreographed by Tanisha Scott, to YouTube’s private Brandcast event choreographed by Kyle Hanagami, to events such as Carnival and Sybarite at the Highline Ballroom. He has also been seen on various live shows both on and off television, including Saturday Night Live with Selena Gomez and the Today Show with Andy Grammer. Kenichi has been featured in several music videos most notably Mark Ronson’s “I Can’t Lose” choreographed by Keone Madrid. He also worked with The Band Perry on their single “Stay in the Dark” as a featured dancer in the official music video, as well as their performance on the Tonight Show.

Kenichi is currently permanent faculty at the Peridance Center in NYC, as well as guest faculty at the prestigious Broadway Dance Center. Additionally, he travels the nation with several organizations as both an instructor and adjudicator.

As a choreographer, Kenichi continues to produce original content that he presents in and around New York City as well as having a strong online presence. His work has been seen in shows produced by Broadway Dance Center, Peridance Center, and Sybarite Productions.

While still performing, Kenichi has found a new passion for teaching and choreography and continues to invest his time in sharing his creativity with dancers in New York and beyond through his classes and projects.

Kenichi's classes focus on musicality, movement quality, and precision. Heavily choreography based, his experimental movements are based on the foundations of Hip-Hop, Popping, House, and Jazz. Every class is filled with some brain teasers and bad jokes that will turn all those stressful and intimidating moments to joy!