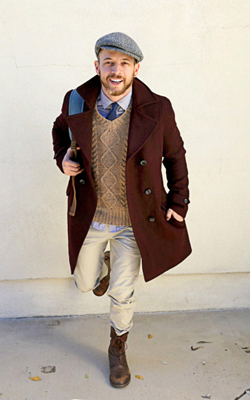 Logan Schyvynck began his dance training in Gilbert, Arizona. Soon after, he completed the prestigious scholarship program at Edge Performing Arts Center in Hollywood, California. He has been working professionally as a dancer/choreographer/instructor for over ten years.

Some of his live performance credits include Cirque Du Soleil, Hysterica Dance Co., and multiple world tours and performances with the hugely successful pop star Kesha. He has appeared on numerous television shows for big networks like MTV, Nickelodeon, ABC, NBC, and CBS to name a few. He has also been fortunate enough to work with talented choreographers such as Sonya Tayeh, Ryan Heffington, Wade Robson, Mandy Moore, The SquaredDivision, and many more.

His passion for dance and instructing comes through in his class that combines strong technique and musicality with contemporary jazz and street style all while maintaining a positive learning atmosphere.