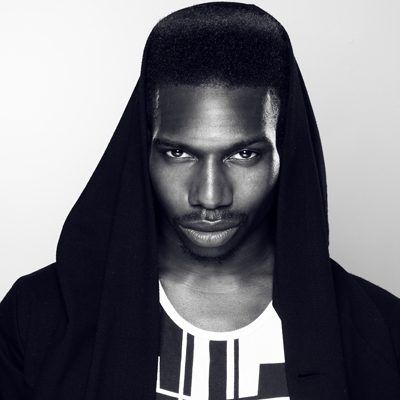 Wiles was born in West Africa Senegal. He began his training in West African dance at the age of 6 years old, under the tutelage of his mother and father, who owned a dance company. Wiles joined his mother [Marie Basse Wiles] and father [BaBa Olukose Anthony Wiles] and became the assistant director of the family company, The Maimouna Ketia School of African Dance. Working with master African dancers, Ousmane evolved the skills needed to teach the art of traditional African dance. Venturing further into the world of dance, Wiles found himself learning, training and falling in love with other styles such as Hip-Hop, House, Modern, Jazz, and Vogue.

Through his involvement with the ballroom scene, his love and passion for Vogue (dance) grew. As his notoriety in the ballroom scene grew, it began to grow outside of the ballroom scene as well. Wiles has had the opportunity to work with many artists, featuring his range of dance. His choreography has been featured with Janet Jackson, Beyoncé, John Legend, Jidenna, and Rashaad Newsome and he has worked as a featured dancer, showcasing Afrobeats [with Goldlink, Jidenna, Maleek Berry, and Wunmi], West African dance [with Janet Jackson, Beyoncé, and Forces], and Vogue [with Rashaad Newsome, Lady Gaga, Madonna, and Jennifer Hudson]. A principle Dance with Ephrat Ashire Dance. Wiles has been published in Dance Magazine "Top 25 to Watch", Korean Vogue, British Vogue in a spread featuring Naomi Campbell, The Observer, Dance Mogul Magazine, and The New York Times. Wiles also appeared with his house [the house of Nina Oricci] as a contestant on Legendary Season 2 on HBOMax.

Wiles is now evolving his own style of dance with his company LES BALLET AFRIK, blending African, Vogue, Modern, and House as one. He and his company have performed at the Joyce Theater, Harlem Stage, Gibney Dance. Collaboration with Works and Process at the Guggenheim, and Lincoln Center.

Afrobeats: This class is beginners level breakdown of popular Afrobeats dance moves from Nigeria, Ghana & South African Street culture. Class is lead with a stretch and warm up of of movements that will strengthen your ability to properly develop the skills to take steps across the floor leading into a class combination.

Vogue Femme: Beginners Level breakdown of the Five Elements of Vogue Femme. Learn a series of exercises and techniques that will help you better develop your quality of Performance and usage of Elements and personality. Class is lead with a warmup and stretch before taking the Elements across the floor!