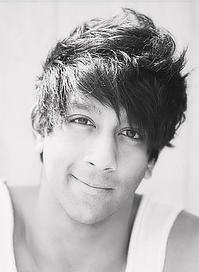 International master choreographer, dancer, teacher and actor Jack Samuel Gill started his journey after his crew won the World Championship in Hip Hop Street Dance. Television excursions on Norway's X -Factor and So You Think You Can Dance, along with the highly popular Dance India Dance, gave Jack a new platform on which to express his talent. The worlds of Television, Cinema, and Musical Theatre now occupy most of Jack's attention.

Jack Samuel Gill recently choreographed for and partnered with Canada’s first place winner of So You Think You Can Dance, Tara Popowich, in the Indian version of Dancing with the Stars. He was also asked by the show’s renowned producer, Remo D’Souza, to be his assistant for the Bollywood movie, Happy Ending. Jack choreographed for and appears as a dancer and featured actor in the much awaited film, ABCD2 (Any Body Can Dance 2). He recently contributed choreographically on the Broadway lab of the musical comedy HAZEL directed by Lucie Arnaz and choreographed by Chet Walker.