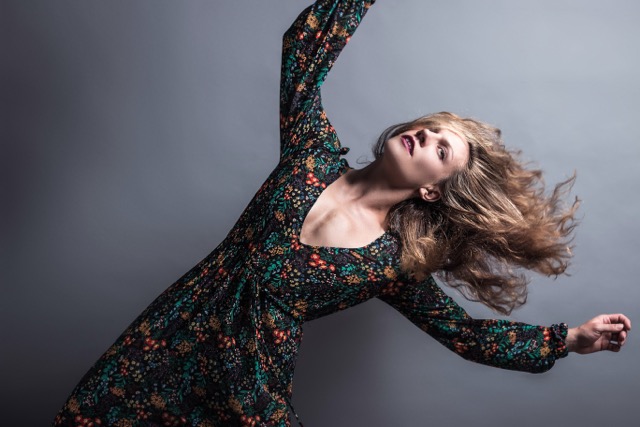 Originally from Chicago, Illinois, Jackie Nowicki went on to receive her Bachelor of Fine Arts in Dance from Western Michigan University, where she graduated summa cum laude, was named Presidential Scholar, and was awarded Distinguished Alumna for the 2016 school year. She worked as a part time faculty member at WMU for one semester before journeying out to New York City, where her athletic, daring, and unique approach to movement have made her a sought out teacher and choreographer. Jackie is a full time faculty member at the Peridance Center, and a guest teacher at Broadways Dance Center and Steps on Broadway. She has taught at prestigious studios, intensives, workshops and conventions throughout the U.S. and even internationally in Rome, Italy. Jackie's work has been commissioned by numerous colleges, dance companies, studios, and universities including The HARTT School, Salve Regina University, Western Michigan University, Urbanity, the Peridance Certificate Program, and many more. Her choreography has won a variety of acclamations and awards and was even selected to perform at the Kennedy Center in Washington, DC, for the American College Dance Association's 2016 National Festival. As a performer, Jackie has had the privilege of working for numerous choreographers and companies. She dances for Pilobolus Dance Theater in their PCS Company and has performed for them all over the world including Abu Dhabi, Germany, Italy, and Mexico. She is a company member with Mike Esperanza's BARE Dance Company, and is a project based dancer with Calen Kurka's :pushing progress, Marlena Wolfe's The Wolfe Project, Tyler Gilstrap’s TUNANUT, and Ashley Lindsey Dance. Jackie’s versatility as an artist has also landed her many opportunities in live broadcast, music videos, and dance for film. She is the artistic director of NOW Dance Project, her very own New York City based contemporary dance company. Within the companies first year it was selected to perform in Breaking Glass: The Emerging Female Choreographers Project, Pushing Progress Showcase Series 2016 and 2017, Peridance Faculty Concerts, Bryant Park Presents Contemporary Dance, and the Y Cabaret, to name a few. In addition to dancing, teaching, and choreographing, Jackie also judges for dance competitions in the U.S. and Canada, and she is a nationally certified personal trainer.

Jacquelyn's class challenges each dancer to approach their movement with sensitivity and awareness. Her warm-up invigorates the body through alignment exercises, stability and strength training, and the use of weight shifting in order to prepare physically and mentally for center work. Through task oriented improv, Jacquelyn encourages the exploration and release of patterns of habit. Her movement phrases then push the dancer to confront their athleticism, develop a relationship with musical choices, and expand their artistry.