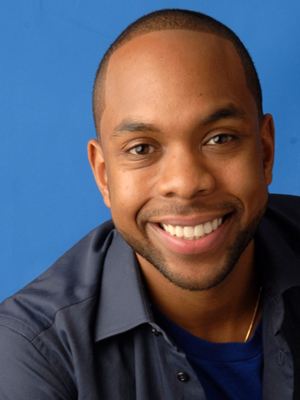 Jason E. Bernard - is a native New Yorker from The Bronx, New York. He began experiencing Theatre at the age of 4 and began his Tap Dancing training at the age of 6 years old at The Ruth Williams Dance School and The Dance Theatre Of Harlem. At the age of 17 Jason made his Broadway debut in the Tony Award Winning musical " Bring In Da' Noise, Bring In Da' Funk". In 2000, Jason made his feature film debut in The Spike Lee Film "Bamboozled" as" J. Bunny". Jason has had the honor of dancing alongside Gregory Hines in The Showtime Original Movie "Bojangles". He also toured the world for 10 years with the international dance show "Riverdance" in addition to briefly joining its Broadway cast. He was featured in two Productions for Cois Ceim Dance Theatre "Dodgems"And "Boxes" in Ireland. Most recently, Jason was featured in the original production of the upcoming Broadway Musical "After Midnight"("Cotton Club Parade" ) . Utilizing his extensive knowledge of the Theater, Jason directed and was the wardrobe supervisor for Kris Johnson's " Jim Crow's Tears". Jason has had the honor to learn from the Masters Of The Art Of Tap Dance and is truly privileged to teach the art all over the world!

Beginner Tap Class: An inviting enviorment that focuses on the basic elements and clarity of Tap Dancing such a toes, heels and shuffles. A strong emphasis on "singing" and counting the rhythms that accompany the taps. Fundamental tap excercises across the floor and facing the mirrors concluding with a simple tap routine.