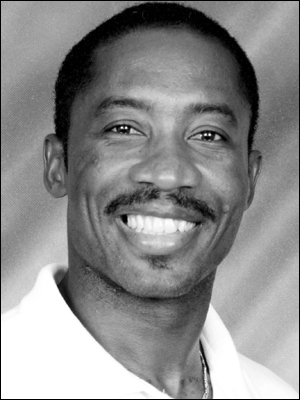 Peniel Guerrier began his formal dance training in 1987. Hervé of HMaxi, the most prestigious teacher in Haiti, was impressed with his dancing and invited Peniel to study at his school. Subsequently, Peniel danced with the National Dance Theatre of Haiti for 8 years and toured all over the world: Venezuela, Paris, Hungary, Japan, Montreal, Germany, Santo Domingo, and the United States. During this time, he also toured with the Baccoulou Dance Company. While in Haiti, in addition to performing, Peniel taught at the National Dance Theatre and ENARTS. He moved to the United States where he continues to perform and teach in New York City and Boston. He was a teacher and guest artist at Smith College, Mt. Holyoke College, Greenfield Community College, Amherst College, Wellesley College, and Brown University. As a teacher, choreographer, and performer, Peniel’s vision has different aspects, but the most important is to establish and extend the Haitian folkloric structure and technique.

From the island of Haiti, these dances take their rhythms from the slaves from Africa. At its root are ritual and religious dances from gods and goddess. It includes lot of hips, shoulders, and wavy body movements.