Students will perform the innovative, professional repertory rehearsed throughout the 3-week intensive in a culminating showcase at Peridance's new, state of the art in-house theatre, the Salvatore Capezio Theatre. Dancers have the opportunity to demonstrate their growth and achievements to family, friends, and an invited audience as well as share the stage with special guest artists! At the end of the performance, each student is recognized individually and presented with a Certificate of Completion. 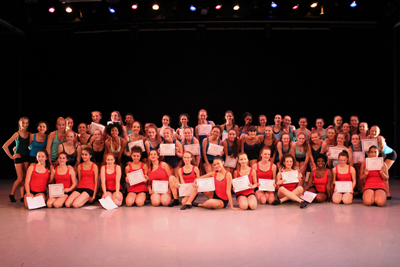