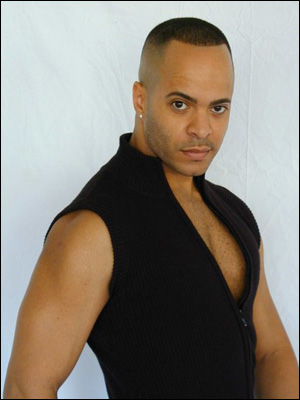 Cesar has been dancing for 35 years and began vogue dancing in 1983.In 1988, he quickly became a fixture in the underground ballroom and club scene where he won several coveted trophies. Cesar was also featured in one of the first ever articles about voguing in the Village Voice and in the documentary The House Of Tres (Directed by Diane Martel). He also landed a spot on the Deep In Vogue tour with Malcolm Mclaren throughout Europe in 1989. Cesar also appeared in music videos with artists such as Toni Braxton in Seven Whole Days, Carmen Electra in Fantasia Erotica, and K7s in Hi De Ho to name a few. Cesar appeared in Jennie Livingston’s Paris is Burning documentary, Voguing, The message, and Vogue Classique. Cesar has choreographed for recording artists such as Tony Terry and Sweet Sensation. He has worked as a runway coach for upcoming and established models and modeled professionally for over 15 years. Cesar appeared in fashion publications for Gear, Details, Vanity Fair and Blue Magazine. Cesar worked behind the scenes at New York’s Olympus and Mercedes Benz Fashion Week and served as casting and wardrobe supervisor for BET Rip the Runway. Cesar has performed all over the world in countries such as Japan, Italy and Germany. He has served as a judge and taught vogue workshops at Funkin’ Styles Berlin Germany, Meeting Hip Hop in Sao Paolo Brazil and House Dance International. His classic old way vogue style with grace and precision earned him the respect of his peers when he was presented the Marcel Christian Legend award in 1991. He was recently presented an award of excellence for his 35 years as an entertainer and is also celebrating 30 years of vogueing this coming july 2013.