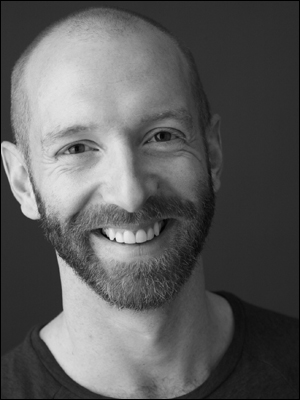 Christopher Roman began his formal training with The School of Cleveland Ballet continuing at The School of American Ballet, NYC both on full scholarship. He was invited into the ranks of the Pacific Northwest Ballet and as a soloist and principal with Edward Villella's Miami City Ballet, Les Grands Ballets Canadiens de Montreal, The Pennsylvania Ballet, and as a guest artist with Sasha Waltz and Guests and Complexions Contemporary Dance Company. For the last 12 years Christopher has been a principal artist with Ballett Frankfurt and The Forsythe Company and contributed to the creation of 25 original works with Will Forsythe and the company.

In 2005, Mr. Roman co-founded the company 2+ with video designer Philip Bussmann, formerly of The Wooster Group, and created work for the Festival de Danse in Cannes, Kuenstlerhaus Mousonturm in Frankfurt, Tanzkongress, Berlin and Gallus Kunstfoyer, Frankfurt am Main. On his own he has created work for The Russian Ballet Theatre, The Pennsylvania Ballet, The Philadelphia Fringe Festival, Les Grands Ballets Canadiens de Montreal, Cadance Festival Holland and Skulpturenpark, Graz. Christopher has also been a ballet master and choreographic assistant for the works of William Forsythe, most recently in collaboration with Sylvie Guillem and Nicolas Le Riche for the original work Rearray for Sadler's Wells, London. He is a teacher of classical ballet and improvisational workshops and in 2010 was named the Score Manager and Education Coordinator for the Motion Bank initiative in association with The Forsythe Company. It was in the role as ballet master/assistant that he became a key researcher for the Synchronous Objects project with Ohio State University. William Forythe's Obie Award winning You made me a monster was created with Mr. Roman and he is the 2009 recipient of Germany's highest theater honor Der Deutsche Theaterpreis DER FAUST for best performance, dance. Christopher is an accomplished choreographer and actor and a graduate of the Atlantic Acting School in NY and his pursuits are to continue a broader understanding and experimentation with the meshing of theater, choreography, dance and direction through original collaborative works.

He is currently the curator for the MFA European Residency Studies at Hollins University in collaboration with ADF and in 2012 is teaching at Butler University, University of California Irvine, Juilliard, NYU Tisch School of the Arts, Steps NYC, the Goethe Institute- China, Turkey and Japan, Dance Arts Faculty in Rome and as Guest Lecturer and Choreographer in Residence at Harvard University.