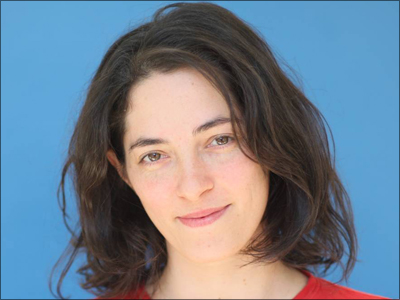 As artistic director of her NY based dance troupe between 2000- 2003, The Red Hill Project, she has created works that showcased at various venues, including Dancenow/NYC, Joyce Soho, Mulberry Theater's Newsteps Festival, University Settlement, Minor Latham Playhouse, White Wave, and Toronto Fringe Festival, among others. Since her return to Israel in 2003, she has been teaching, giving workshops and choreographing for the Batsheva Dance Ensemble, OtherDance Festival, IntimaDance Festival, Curtain Up Festival and Dance Arena festival, to name a few. Her piece 'Park part I" and evening of works titled "On All Fours" was chosen to be part of the repertory of Tmuna Theater in Tel-Aviv. She was chosen to take part in the inaugural year of the Sugar Salon Residency in New York, where she created alongside Bessie Award Winner Susan Marshall. The resulting work, titled "pixels on the Rocks" awarded her the 2nd prize at the A.W.A.R.D Show in NY's Joyce Soho. She continues to produce and present her own work in Israel and abroad. Her recent Dance-Film Private I's (Director: Oren Shkedy) has screened at international film festivals in Chille, USA, Portugal and Mexico.

Dana continues to create choreography for various theater and TV productions throughout Israel, teach and perform abroad (Senegal, USA, Hungary, South Africa, Italy and Russia to name a few). She teaches in various dance departments and conservatories and gives workshops regularly. She was recently chosen as one of "The Future Generation" women by The Marker W Magazine. in 2013, she will be a visiting artist at Florida University as part of Schusterman Foundation's Visiting Artist Program.