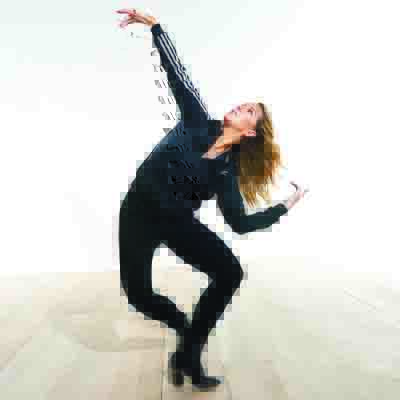 Choreographer, master teacher, dancer, and humanitarian, Kristin Sudeikis is an involved member of both the national and international dance community. Equally active in the commercial, concert, and athletic aspects of dance, Kristin’s work is centered on human connection. Dance publications such as Dance Magazine, Dance Teacher Magazine have written about Kristin’s methodology and choreography, affectionately naming her “the dance whisperer”. Kristin debuted DROP at BAM Fisher with her company, Kristin Sudeikis Dance, produced by The Brooklyn Arts on May 13th, 2017, choreographing and co-directing the evening of dance, film, and spoken word.

She recently directed and choreographed an installation for the launch of the FKA Twigs X NIKE collaboration in NYC. Kristin’s choreography has been featured in Edward Sharpe and the Magnetic Zeroes’, “No Love Like Yours” music video. Her work has ranged from speaking engagements and facilitating master classes with the “Women in Dance” leadership conference, to teaching at American Dance Festival in NC.

She is honored to have created numerous original productions with her company, Kristin Sudeikis Dance, in NYC including " the light Remains... " exploring the idea of possibility. She has choreographed for NY Fashion Week, SIX:02 featuring Beyonce's Ivy Park and Adidas, with The Obama White House in 2016 and with various events for Lululemon. With social activism as a constant influence, she choreographed and produced STAND in conjunction with the GEMS organization and the Half the Sky Movement, to promote awareness of the human trafficking epidemic. Kristin also had the great honor of being invited to choreograph an original piece for the Peridance Contemporary Dance Company. "I Am You" made its premiere on PCDC in May of 2012.

Whether on stage, on set, or in the studio, Kristin’s driving force is to allow the visceral impact of technique, music, time, space, and ‘the other’ to unfold. While home in NYC, Kristin is on the Contemporary faculty at Peridance Capezio Center and BDC. When not at home, she continues to choreograph, direct, perform, and present master classes around the globe.


Kristin’s class is centered on the principle of moving from one’s center, dropping into the body and communicating from a place of honesty. Her warm-up—a blend of technique, yoga, and meditation— primes the body and mind for the physical challenge of her choreography and establishes the foundation for a conversation between the music, movement, and ‘audience’. The shading and dynamism in the physicality of her work promotes an awareness of both movement and the absence of movement, pushing her students to consider the literal and metaphorical power of silence. Kristin draws the intent of her phrase-work directly from the tone of the music, resulting in a sublime, and all-encompassing experience for the dancer. Her classroom is an environment of open experimentation, in which artistic risks and deliberate stylistic choices are encouraged.