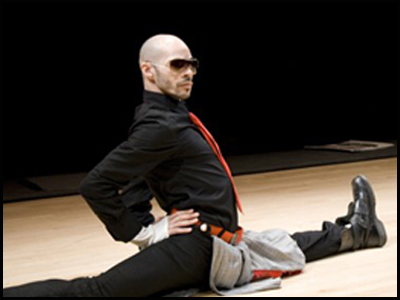 Benjamin Thomas, AKA “Benny Ninja,” is the Co-Owner and MASTER Training Instructor for The Benny Ninja Training Academy, has been VOGUING since 1990 and is well known for his involvement in the underground "ball culture". He is the father of the House of Ninja, a post given to him by the late Willi Ninja, who is considered the Godfather of Voguing.

Benny has choreographed, coached and performed in fashion shows, major television shows and dance expos around the world and continues to teach, judge, and perform internationally. Some of Benny's most notable performances and teaching/coaching sessions includes: Coach, Instructor and Judge on America's Next Top Model since its eighth season as well as Bravos “Tim Gunn’s Guide to Style. He has also choreographed/performed in “Dancing in the Streets” sponsored by Mayor Bloomberg, as well as for singer/songwriter Janid for her Album Release “Twisted”.

Benny Ninja has made a life of Voguing and loves to share and teach his passion for Voguing to the world.