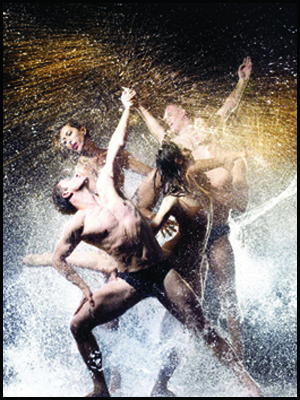 Stephen Petronio (Artistic Director /Choreographer) was born in Newark, New Jersey, and received a BA from Hampshire College in Amherst, MA, where he began dancing in 1974. Initially inspired by the dancing of Rudolf Nureyev and Steve Paxton, Petronio was the first male dancer of the Trisha Brown Company (1979 to 1986). He has gone on to build a unique and powerful language of movement in a career than spans 25 years. He has received numerous accolades, including a John Simon Guggenheim Fellowship, as well as awards from the Foundation for Contemporary Performance Arts, New York Foundation for the Arts, an American Choreographer Award, and a New York Dance and Performance “Bessie” Award.

Petronio has created over 35 works for his company, and has been commissioned by some of the world’s most prestigious modern and ballet companies, including William Forsythe’s Frankfurt Ballet (1987), Tulsa Opera (1990), Deutsche Oper Berlin (1992), Lyon Opera Ballet (1994), Maggio Danza Florence (1996), Sydney Dance Company (2003, full evening), Norrdans (2006) and, most recently, he created new works for Washington Ballet and The Scottish Ballet (2007). Stephen recently completed an evening-length work for 30 dancers in collaboration with composer Ryan Lott (aka SON LUX) for Ballet-de-Lorraine. The dance, titled Tragic/Love, premiered in Montpellier, France, in June 2009. His company works have been set on Norrdans in Sweden, The Scottish Ballet, Dance Works Rotterdam, Diversions Dance Company of Wales, and X Factor Dance Company in Edinburgh, among others. Major repertory works have recently been set on Ballet National de Marseille, Ballet-de-Lorraine, and London Contemporary Dance Theater.