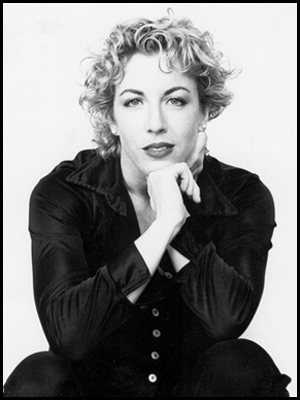 Helen Pickett, born in San Diego, California, studied dance in her hometown and at The San Francisco Ballet School under the direction of Lew Christensen and Michael Smuin, and Helgi Tomasson.

Since 2012, Helen has been Resident Choreographer for Atlanta Ballet. In 2014, for her ballet, The Exiled, she was named Best Choreographer in Atlanta. And in 2015, Helen premiered her fist full-length ballet, Camino Real, by Tennessee Williams. The commission included a new score by Peter Salem, set by David Finn and Emma Kingsbury, and costumes by Sandra Woodall and lighting design by David Finn.

Helen has collaborated, as an actress and choreographer, with installation video artists and filmmakers including Eve Sussman, Toni Dove and Laurie Simmons. Helen, a founding member of Eve Sussman’s The Rufus Corporation, created the role of the Queen in 89 Seconds at Alcazar, which was shown at the 2004 Whitney Biennial, and now is in the permanent collection at Museum of Modern Art in New York. In 2007, Helen acted in Sussman’s feature length film, The Rape of the Sabine Women. She choreographed the bubble dance, and played Sally Rand in Toni Dove's video installation and feature film, Spectropia. Helen choreographed the dance sequences, for Laurie Simmons’, The Music of Regret, which had its world premiere in 2006, at Museum of Modern Art in New York.

For over a decade Helen performed with William Forsythe’s Ballet Frankfurt. During her last season with Ballet Frankfurt, Helen simultaneously performed with The Wooster Group, director, Elizabeth Le Compte. She acted with the Group for five non-consecutive years in the OBIE award winning House/Lights and North Atlantic. In 2005, Helen returned to the speaking role, Agnes, as a guest artist with The Royal Ballet of Flanders, in William Forsythe’s Impressing the Czar. In 2009, Impressing the Czar received the Laurence Olivier Award, and in 2012, the Prix de la Critique award for outstanding performance of the year. In spring 2015, Dresden Semper Oper will revive Impressing the Czar.

Helen created a choreographic intensive for college age choreographers entitled, Choreographic Essentials, and a motivational creative workshop entitled The Expansive Artist. In addition, she has teaches Forsythe Improvisation Technologies throughout the United States.

In 2006, Dance Europe published Helen’s article, Considering Cezanne. In 2012, Emory University published her writing for the Vulnerability and the Human Condition Initiative, director Martha Fineman, that appeared on the Emory University School of Law website.

In 2011, Helen earned a Master of Fine Arts in Dance from Hollins University. For her Master’s Thesis she collaborated with Christopher Janney, sound and light architect. For more information about Helen, please visit her website.