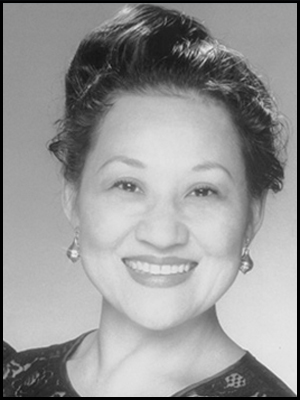 Yaeko "Yaya" Sasaki was a principal dancer with Asami Maki Ballet and the Tokyo 20th Century Ballet, for which she was later appointed ballet mistress. She was trained by such distinguished teachers as Alexandra Danilova, Igor Schvetzov, Igor Youskevitch, Alfred Corvino, Hector Zaraspe, Natalia Dudinskaya, and Akiko Tachibana. In the classical ballet repertoire, she has danced almost all the parts ranging from corps de ballet through the principal roles. Her credits include Swan Lake, The Nutcracker, The Sleeping Beauty, Giselle, Don Quixote, Coppelia, La Sylphide, La Bayadere, Paquita, Pas de Quatre, Les Sylphides, Raymonda, and other major ballets.

Ms. Sasaki was awarded the Grand Prize at the Nationwide Ballet Competition in Tokyo. She had the opportunity to work with Martha Graham, Jose Limon, Anna Sokolow, Hanya Holm, and Martha Hill while dancing in their modern masterpieces. The vigorous split jump passage in Three Poems was created on her by Anna Sokolow. She has performed with the Dallas Civic Opera Theatre, the NYU Improvisation Dance Ensemble, and the Lincoln Center Dancers and Musicians, in addition to numerous appearances at Alice Tully Hall, The Juilliard Theatre, and other theaters. For fifteen years, she taught an intensive ballet course for the United Nations International School. Ms. Sasaki has been teaching ballet for many years at the leading dance institutions in Tokyo and New York, and joined the Peridance faculty in 2003. She is a graduate of the Juilliard’s Dance Division.

Yaeko Sasaki’s craft has been developed through her extensive experience as a principal dancer and a teacher. She offers a class based on her primary Russian technique, enforced with the Cecchetti method. Correct placement, articulate footwork, and harmonious line of the arms, upper body, and legs are emphasized. Musicality and flow of movement are essential components in her dance exercises. Yaeko believes that the benefit of strong classical ballet training carries over to dancers of all levels and backgrounds.