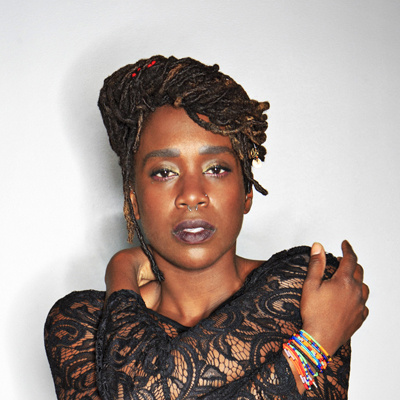 A Montreal native, Nubian Nene is a well-versed dancer/choreographer finding her inspiration in the hip hop, house, waacking and breaking styles, weaving them to create her unique approach. Her ability to expand her creativity into a choreographer, performer, producer, director, host, makes her an asset to any project. In 2007, she joins the canadian company BluePrintForLife, who teaches the principles and values of the Hip Hop Culture, that aims to facilitate some of the social issues in the Inuit communities of Northern Canada. She has done as many as fifteen weekly trips as a teacher and facilitator. Nubian Nene pursues her teaching career participating in multiple dance festivals such as the Ladies of Hip Hop Festival (LOHH) in Vienna, New York, Los Angeles and Toronto, the Illadelph & Funky Fundamentals in Philadelphia, and the Block Party in Boulder, just to name a few.

Her experience as a dancer, choreographer and teacher will bring her to explore and share in Europe and Asia. In 2011, she dances with Jody Watley at the Gramercy Theater (NYC), with Cecilia Marta Dance Company for Summer Stage, and in the Hip Hop Kung Fu production by Buddha Stretch at the Asian Society. A waacking ambassador, she is featured in the Fox News Good Day New York segment celebrating Soul Train’s 40th anniversary. In 2013, she performs with the KINEMATIK Dance Theater for the Fringe Festival in both New York and Hollywood, performs with the New York based dance company Full Circle for the Shakespeare Festival in Ashland, Oregon and later on at the New Victory Theater (NYC).

Nubian Nene is featured as a dancer in Jose James’ videos (Every Little Thing & Peace Power Change) and in the Michelle Williams video Say Yes. In the fall of 2014, she joins the canadian-based Bboyizm Dance Company and performs in Evolution and Music Creates Opportunity. They have toured in Fredericton, Vancouver and Toronto. Nubian Nene is a reference point in the Ladies Battle (LOHH) as the MC for the last 5 years, and she has presented many of her choreographic work and teaching expertise at that festival for the last 10 years. In 2015, she co-creates with Dominique-Sophie for the Montreal based 100lux festival their first house dance duo Tout’seulensemble. Nubian Nene is constantly in search of opportunities to produce, to direct, to choreograph, to teach, to create, and with that being said, she invests in an artist residency Lawayaka, which took place in the aboriginal community of Kuna (Panama), where she will re-work her STANCE solo, in a community-based direction and in situ. In 2016, she co-creates with her dance crew Flow Rock/LEGZ, LEGADO, a breaking piece paying homage to those who came before, those influencing now, in hopes of a brighter future for generations to come. It is presented in 2017 at la Place des Arts in Montreal, and is chosen to tour the city part of a cultural mediation in schools and cultural theaters. In 2017, she dances for the emerging choreographer Frak in Fraking Trip: A Journey through Hip Hop, presented at the ‘off-Broadway’ Elektra Theater.

A Lady in the House Dance Co. is Nubian Nene’s dance company created in 2013 which aims to gather strong performers in her community to create, inspire, empower and bring together the multi-disciplinary tools she’s acquired through like-minded creatives from film to performances alike. She’s presented Lato Oscuro (2013), Fancifull (2014), Lux E Tenebris (2015), Rainbow Queens (2016), STANCE (2016/2018), Essence Experience (2017), Justify (2018), Come On Down (2018), Adios Love (2018), R A L L Y (2018). She’s created a community project called Crown Heights Creatives through the Haiti Cultural Exchange platform as a resident artist which encouraged farming and its importance in the Haitian culture. In the Fall of 2018, Nubian Nene tours the US with the Hip Hop Nutcracker Company, playing one of the main roles “Mom”. A mantra; let the music inspire you, and get inspired from it, let your dance be inspired, and inspire through it.