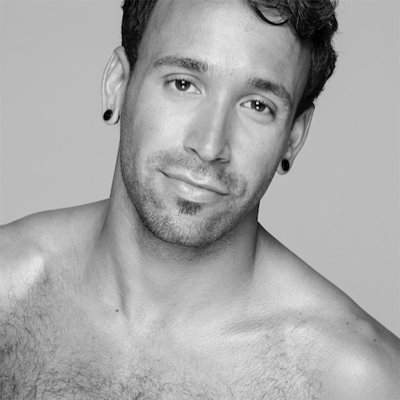 Omar's choreography has been recognized for its originality, and he has been praised for his ability to craft an emotional arc. He has received awards from The Dance Gallery Festival and Reverb Dance Festival. He has been commissioned twice by Instituto de Cultura de Puerto Rico to create work as part of the International Dance Festival of Puerto Rico. His work, DANIEL, was commissioned by Parsons Dance for the company's 2017 Joyce season as part of its initiative to support emerging choreographers through David Parsons' GenerationNow Fellowship. He was one of the winning choreographers for the Joffrey Academy of Dance's 8th annual Winning Works Choreographic Competition, and he was the first person commissioned to create an original work on Jacob Jonas The Company. Omar created Welcome to Barrio Ataxia with Whim W'him Contemporary Dance as part of the company's CHOREOGRAPHIC SHINDIG IV, and he just worked with The Ailey School in the creation of a new work for their January Explosion performance.

He has taught classes at summer intensives including Balleteatro Nacional de Puerto Rico, Nolte Dance Academy in Iowa, and Parsons Dance in NYC. De Jesús has taught master classes worldwide under the umbrella of Parsons Dance and Ballet Hispánico. With Parsons, he had the incredible experience of teaching outreach classes to children on the Autism Spectrum. Omar has held his own workshops in New York City, and he travels twice a year to Puerto Rico, designing workshops for dancers and anyone interested in exploring the culture and creativity of contemporary dance. He encourages them to seek new levels of artistry via technique classes, as well as methods for movement creation and composition.


My class is an exploration of movement quality with the purpose of helping dancers understand, that the power of their craft is on the delivery and approach of the steps. Through my movement vocabulary and choreographic voice I teach ways to catch on details and I encourage the dancers to work with efficiency.

To support my vision I developed a cardio based warm up that helps strengthening joints and muscles to allow the body to further expand its capacity for bigger range of motion.