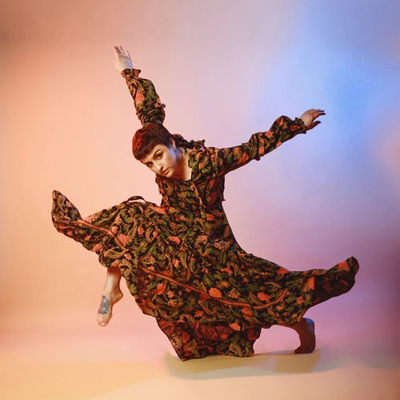 Monika is a professional choreographer, movement coach & dancer from NY, currently based in Los Angeles, CA. Having transitioned to the contemporary & commercial hiphop world from classical ballet & pointe, her choreography blends a fusion of both technical contemporary & hiphop vibes.

Born with an unusual developmental defect in her hips the doctors would never have predicted “dancer” as her career choice, but Monika is not one to take the opinion of others as the final word. With the help of her amazing family, modern medicine and the fire of determination, she beat the odds.

Monika’s dance credits include Michael Jackson’s Lip Sync Battle Live Tribute on the Paramount Network, music videos with artists such as Meghan Trainor, Jeremih, Jay Rock & Elle King, also dancing at the Staples Center as a member of the WNBA Sparks Crew. Monika's work has been shouted out by Justin Timberlake as 'One to watch'. She works regularly developing musical artists, choreographing their stage sets, music videos and social content. Her choreo has been featured in the industry's longest running showcase, Choreographer's Carnival Ball at the legendary Avalon in Hollywood, as well as LA's Premier Showcase, Club Jete at Rage Night Club. Her stage work has been nominated for "Outstanding Choreography", "Best Choreography" & was awarded "Outstanding Production" at the National Youth Theatre Awards & the JRAY Awards.

Monika's strength lies in story telling; fusing movement with intention & raw emotion. She enjoys playing with shape, texture and musicality, while grounding her choreography with technical elements. Monika is excited to share and instill her love of movement with all audiences in all forms.