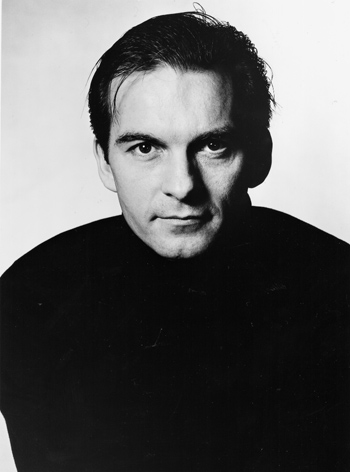 Former track and field star in France, Mr. Rioult came to the United States on a fellowship from the French Ministry of Culture to study modern dance in 1981. After performing with the companies of May O'Donnell and Paul Sanasardo he was invited to join the Martha Graham Dance Company. As a principal dancer, he interpreted many of the most prestigious roles in the Graham repertory and in 1990 Ms. Graham created the central role (Death Figure) in her ballet The Eye of the Goddess for Mr. Rioult. He performed opposite Mikhail Baryshnikov and Joyce Herring in El Penitente and was featured in two television specials: Martha Graham in Japan and Five Dances by Martha Graham at the Paris Opera.

Since starting his own company in 1994, Mr. Rioult has dedicated his energies to forging and perfecting a choreographic style of his own, nurturing a robust ensemble of dancers, and growing his company, RIOULT. Of his work, Black Diamond, Anna Kisselgoff of the New York Times wrote, “…he has met the challenge of comparison with George Balanchine.” Alain Cigolotti writes in Le Temps, France,“ Pascal Rioult, before all, is one of the leaders of ‘neo-modern dance.’ His work is rooted in a tradition but open to the future. His style blends an acute sense of classical structure with a profound musical sensibility.” Backstage referred to him as “One of the most adept and courageous choreographers in mainstream modern dance today.