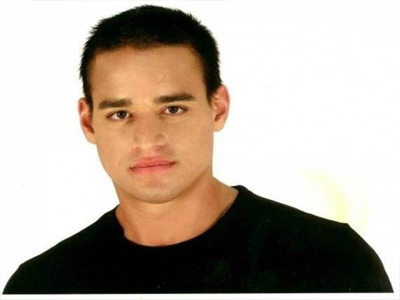 Ricardo Torres was born in San Juan ,PR in 1980. He started his ballet studies at the age of 9, under one of Joseph Pilates' students, Lolita San Miguel, and Alicia Alonso's teacher Jose Pares . At the age of 13 Ricardo received a scholarship for the School of American Ballet Summer Intensive, at the age of 14 he received a scholarship for the San Francisco Ballet School Summer Intensive, then joining as a full student at the age of 16. In 1998 Ricardo became a finalist at the 1998 Paris Ballet Competition receiving a contract for the ABT studio company joining the ABT main company at the age of 19. In ABT Ricardo danced leading roles in ballet such as Giselle, Swan Lake, La Bayadere,Pillar Of Fire, Petit Mort, Ballet Imperial, Symphony in C, Midsummer Night Dreams, Without Words, Clear. He worked with choreographers such as Mark Morris, Twyla Tarp, James Kudelka,Wiiliam Forsythes,Stanton Welch,Jiri Kylian and Nacho Duato.In 2001 Ricardo was nominated by Kevin Mckenzie for the Princes Grace Kelly Foundation Competition ,receiving Princes Grace Kelly Fellowship and the Chris Hellman Dance Award. In 2005 he became a soloist at Houston Ballet dancing leading roles in The Nutcracker, Gross Fugate, Eugene Onegin, Velocity, Giselle, Carmina Burana. In 2008 he joined the Washington Ballet as a Principal dancing leading roles in The Nutcracker, Drink to me only with thine eyes, La Sylphide, Grand Pas Clasique. Ricardo has been working as a guest artist and teacher since 2010 with the Montgomery Ballet, Gelsey Kirkland Ballet, Alina Abreu Ballet, Ithaca Ballet, Talahasee Ballet, National Ballet of PR and Ballet Concierto de PR.