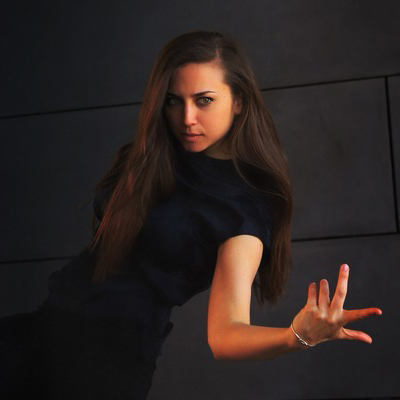 Born in England and raised in Switzerland, Nicole von Arx (NVA) is now based between Brooklyn (USA) and Geneva (Switzerland). She studied Ballet, Contemporary and Hip Hop in Geneva at Dance Area and then travelled to New York in 2008 to study at The Alvin Ailey School (under the direction of Denise Jefferson) where she graduated in 2011. She also trained at the San Francisco Conservatory of Dance (2010), Springboard Danse Montréal (2011 & 2015), and Jacob's Pillow 2010 Contemporary Program.

Nicole's performance career led her to becoming a soloist at the Royal Opera House in London & Chicago Lyric Opera in the critically acclaimed opera Tannhäuser directed by Tim Albery and choreographed by Jasmin Vardimon. She has also worked for and toured with Carte Blanche (The Norwegian National Company of Contemporary Dance) under the directorship of Bruno Heynderickx. She joined the cast of Romeo Castellucci’s Democracy in America for performances at Montclair University in 2019. From 2015-2020, She was a company member at Company XIV for the Off-Broadway productions of Nutcracker Rouge, La Fête, Paris, and dance captain for the opera Orpheus & Eurydice. In 2013, she participated in The 6th Copenhagen International Choreography Competition while dancing for the choreographer Bryan Arias winning 1st place and Audience Choice Award. Since 2014, she has been a close collaborator, choreographer assistant, and performer for Loni Landon Dance Projects. She has worked with Loni on numerous creations such as Fast Love for the Joyce Theatre, And Then There Was One commissioned by The Juilliard School, DOUBLING, and Wait Nearby commissioned by the Keigwin + Company.

As a choreographer, Nicole has most recently partnered with The Consulate General of Switzerland in New York, The New York Ace Hotel and Judson Memorial Church, as well as fashion brands V Magazine, K-Way, and Kate Spade. She’s been invited to present her work internationally at the Bâtiment des Forces Motrices, Theatre am Gleis, La Fête de la Musique on the stage of l’ADC, and the Flux Laboratory in Switzerland, and at Reykjavík Culture Night in Iceland. In the USA, her choreography appeared at the Museum of Moving Image, CPR (Center for Performance Research), Judson Memorial Church, Sam Houston State University, Chop Shop Festival in Seattle, The Battery Dance Festival, The Wild Project, The 14th Street Y/YCabaret, the Ailey Citigroup Theatre and Gowanus Arts. She has had the pleasure create new works on San Francisco project based company Fullstop Dance, and for students from The Alvin Ailey School, and SUNY Purchase.

Now based in Brooklyn, Nicole choreographs under the name NVA & Guests, and teaches discounted online + outdoor pop up Park and Rooftop classes for dance professionals.