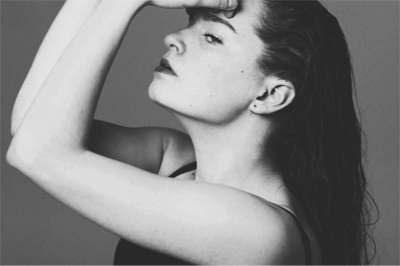 Emma Portner was born in Ottawa, Canada and currently resides in New York City. Shegraduated with honours in dance from Canterbury High School of the Performing Arts in 2012, later to study at the Ailey School in 2013. Emma discovered her passion for moving and creating in all styles at Leeming Danceworks. While there, she had the privilege of working with choreographers Teddy Forance, Nathan Makolandra, Matt Luck, Eryn Waltman, and David Norsworthy, to name a few. She spent two seasons attending the National Ballet School of Canada‘s summer programs.

In 2012, Emma was named American Dance Awards National “Young Choreographer of the year”. Since then, her choreography has won several National and Regional Level awards. Including a top placement in the 2014 CAPEZIO A.C.E awards. Her choreography is constantly recognized for it’s intricacy, honesty and blend of styles.

Emma has been dancing and teaching all over Canada, the United States and Europe. She is on faculty with Intrigue Dance Convention. Emma is proud of her collaborative film work with Matt Luck. Their short dance film – Dancing In the Dark has been shown at film screenings across Europe and the U.K. and has surpassed 600,000 views online. In April 2013, she performed alongside Matt and musician Richard Walters in Regretless – a full length, sold out show, in which collaboration of Richard Walter’s live music and choreography by Matt and Emily Shock.

Emma was also privileged to train with the prestigious Canadian Company “Rubberbandance” in 2014. She has been trying to find a balance between exploring her own endeavors and working under the direction of others. Attending the prestigious “Springboard Danse Montreal” in 2015, where she performed the works of Aszure Barton. Presently directing her New York based company “Emma Portner & the Flock” and now known as "Posniac's Body". She has also become a member of “Dorrance Dance” - a New York based tap dance company where she recently performed a new commission entitled “Myelination” at New York’s City Center. Her most recent accomplishments are to have been mentioned in the New York Times. To have choreographed & danced in Justin Bieber’s “PURPOSE: The Movement” - a 45 minute, dance film, surpassing millions of views. Most recently, Emma choreographed for Justin Bieber’s Purpose World Tour. And lastly, bringing her second full-length work entitled: “A Primitive Cinema” to New York City in 2016.

Forever a student, Emma hopes to keep pushing the boundaries of dance history and to remain educated, honest, and versatile.