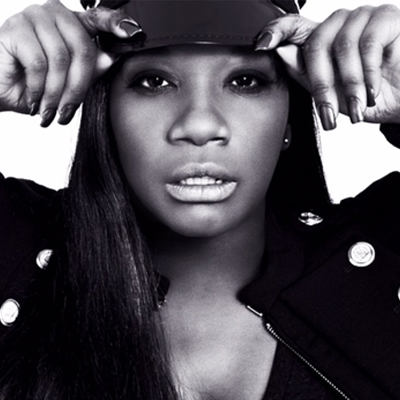 Rhapsody James began her career as a choreographer after receiving her BFA Purchase College (NY). Born in Brooklyn, her first job was at Sony Music as an Executive Assistant, which planted the seed for her foray into the commercial dance industry. James quickly became a lead choreographer for the NBA New Jersey Nets Dance Team and a principal dancer in the acclaimed, Put Your Hands Where My Eyes Can See music video by Busta Rhymes. Keeping up her flair for business and choreography, James parlayed those roles into appearances on the commercial dance world’s leading stages: MTV's The Grind, VH-1 80's Dance Party, VH- 1 Fashion Awards and Lip Service.

James’ accolades in the commercial world opened the door for her to begin teaching at Broadway Dance Center. Today, she continues to be one of the most popular hip-hop teachers and has stewarded relationships between the commercial and concert dance within the studio’s walls. James is also a part of the esteemed faculty of Monsters of Hip Hop Dance Convention and teaches master classes throughout Los Angeles, Miami, Japan, London, Finland,Switzerland, Germany, and Australia.

Not one to limit herself or the student’s and dancer’s she works with, James’ has several programs she continues to pursue artistic inspirations under creative company Called Rhapsody Unlimited. She is: the Artistic Director/ Choreographer of R.E.D. – Rhapsody En Dance; Director/Creator of a multimedia cabaret show Siren Assassins; the Artistic Director of her Commercial Dance Training Program called Motivating Excellence; and creator of her new comic book come to life called Sin Sisters of Darkness.

All of these ventures allow James the creative outlet to continue pursuing her unique fusion of various dance styles with all disciplines of art, beyond performance.

Told through the music of Hip Hop, R&B, Pop, Rock, House, Electronic and Alternative, this class is geared to preparing the student for the Commercial Dance world. Besides strong versatile choreography, the student will learn Performance and Musicality techniques that are essential for the Commercial Dancer. The warm up builds cardio vascular strength while incorporating Yoga and A.I. Stretch Techniques. This class upholds the discipline and strength of the craft but the fun and happiness of the art.