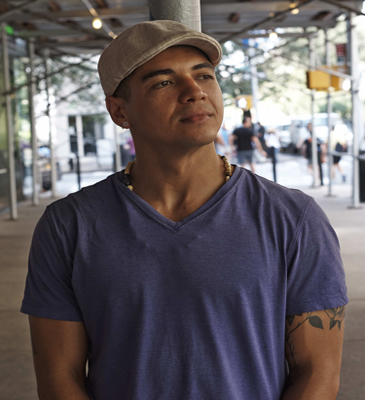 Leandro Silva (Alegria) was born in Bahia, Brazil. He began his Capoeira training at the age of ten years old with Mestre Jelon Vieira and has demonstrated and taught capoeira throughout Brazil, the United States and Europe.

For the past several years, Mr. Silva has been developing his own style of dance, where he mixes Capoeira with modern dance and Contemporary Dance. He has also participated as director and choreographer of National Black Arts Festival (Atl-GA), choreographer assistant of So You Think You Can Dance (Canada) and performed in the Houston Brazilian Festival (Hou-TX). Mr. Silva has been an artist in residence for Philadanco Dance Company.

Mr. Silva is also a Artistic Director and Choreographer of Silva Dance Company.

A yoga mat for this class is recommended.

Capoeira is Brazil's fast and graceful Afro-Brazilian art form, which blends dance, martial arts, and acrobatics into one beautiful art like no other. Created by Africans brought to Brazil, Capoeria began as a means of self-protection and as a way to fight for their freedom. During its early years, Capoeira was disguised as a dance in order to be practiced openly. Today, it is widely known and practiced in more than 60 nations around the world.