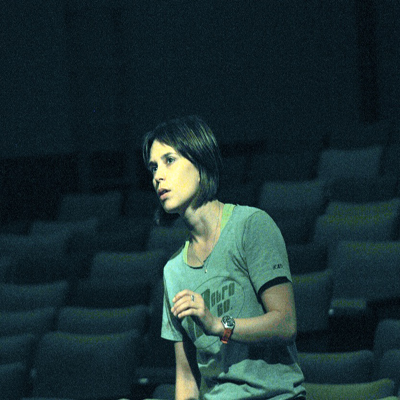 Skarpetowska is a native of Warsaw, Poland. She is an alumna of the NYC High School of Performing Arts and received a BFA from The Juilliard School in 1999 under Artistic Director Benjamin Harkarvy. In 1992, at age 15, she was the youngest cast member of the Broadway show, METRO, directed and choreographed by Janusz Jozefowicz. Kate was a member of The Parsons Dance Company from 1999 until 2006 where she performed lead roles in the company’s repertory including the iconic CAUGHT. From 2007 until 2014, she danced for The Lar Lubovitch Dance Company performing at many reputable venues such as New York City’s City Center, Washington DC’s Kennedy Center and Moscow’s Bolshoi Theater. Over the years, she repeatedly appeared as a guest artist first with The Battleworks Dance Company and then The Buglisi Dance Theater and in 2007, she was one of two featured dancers during the Glimmerglass Opera Festival. In 2008 she toured Italy with WHY BE EXTRAORDINARY IF YOU CAN BE YOURSELF, a show by Daniel Ezralow.

Skarpetowska has had the privilege of setting the works of Lar Lubovitch, David Parsons and Robert Battle in the United States and abroad. Her choreography has been performed by Richmond Ballet, Alvin Ailey American Theater II, Lar Lubovitch Dance Company, Parsons Dance, Buglisi Dance Theater, Houston Metropolitan Dance Company, Big Muddy Dance Company, Hubbard Street 2, Patricia Kenny Dance Collection, and various universities. In 2009, she co-designed and co-directed Romeo and Juliet for The Gunter Theater in Greenville, SC. Skarpetowska is also a freelance teacher holding workshops throughout the world. Kate has been on the faculty of the American Dance Festival, Key West Modern Dance, Greenville Fine Arts Center, NJDTE and Peridance among others. She resides in New York City.